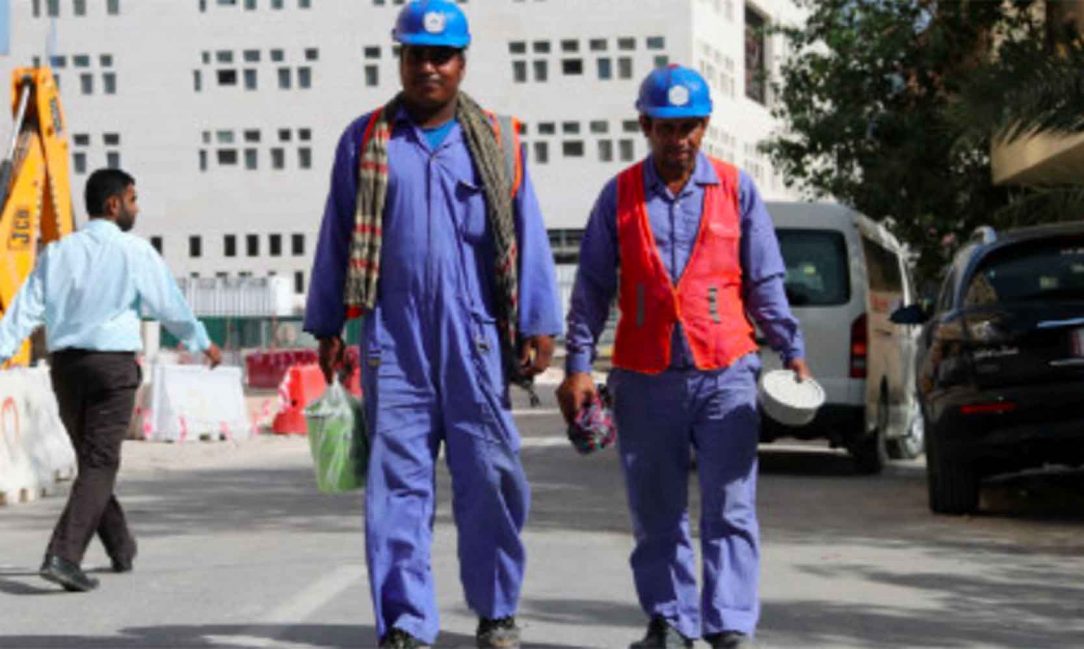 On July 23, the International Court of Justice (ICJ) ruled that the United Arab Emirates (UAE) must end its discriminatory practices imposed against Qatari nationals as part of the June 2017 blockade, for instance by reuniting families and allowing Qatari students to complete their education in the UAE. While this provides much-needed relief to Qatari citizens, the other three-fifths of Qatar’s population—migrant workers who predominately come from Bangladesh, India, and Sri Lanka—continue to feel the economic impact of the ongoing blockade.

Ministry of Foreign Affairs of Qatar said in August 2017 that the government would work to ensurethat the blockade affects neither the citizens nor foreign residents of Qatar. However, the majority of the measures adopted by Saudi Arabia, Bahrain, and the UAE were broad and made no distinction between the government of Qatar and its inhabitants, causing considerable financial losses to individuals.

One of the most noticeable impacts has been on workers in manufacturing. In one case among many, a group of fifteen Filipinos, one worker from India, and another two from Nepal returned to their home countries in April 2018, six months after they were laid off.1 They had been employed at an aluminum and glass factory in Qatar, but work became irregular toward the end of August 2017, when the factory depleted its stockpiles of raw material for manufacturing, which they had been obtaining from the UAE. By October, work came to a complete halt, and employees were laid off. They had few options to find other jobs under Qatar’s kefala employment system, which makes it difficult to change employers under an existing visa. “The government issued us tickets to go home. We have been waiting for months. We received no salary for our waiting time either,” said one of the workers who has since returned to the Philippines.

As with other gulf countries, Qatar is dependent on these foreign workers for its infrastructural development. Migrant workers, mainly from South or Southeast Asia, make up to more than 80 percent of Qatar’s workforce, and the extent of the blockade’s damage to Qatar’s migrant community remains unclear. There have been scattered reports of unemployment, unpaid salaries, and workers forced to take unpaid leave since June 2017. For instance, about 1200 workers (mainly laborers or mechanics) who found employment through the HKH Contracting Company, one of Qatar’s largest construction companies, found themselves laid off and unpaid. Some workers were reportedly stranded in Saudi Arabia without any compensation when their Qatari employers were ordered to leave the kingdom. The underlying deficiencies of the kefala system that binds a worker to his or her employer, restricting both mobility and job changes, add to the difficulty in assessing the direct impact of the blockade.

Hundreds of people on both sides of Saudi-Qatar border lost their jobs, and many more, especially in the transportation sector, suffered severe financial losses. The blockade not only affected the truck drivers’ domestic routes to and from Qatar’s ports, but also international routes through Saudi Arabia. Before the blockade, about 800 trucks carrying food supplies and construction material crossed the land border into Qatar every day. As of July 2018, “sixty percent of the Pakistani families I regularly work with report joblessness,” said Zakir Naqvi of the Pakistan Welfare Forum (PWF), a non-governmental organization in Qatar working for the betterment of the local Pakistani community, many of whom are employed in the transportation system.2 After the initial shock of the blockade, some found similar work driving school buses. But those still trying to find alternative sources of income face a more competitive job market for less-skilled labor.

The closure of Saudi land border has also affected taxi drivers, another migrant-majority profession, some of whom report a decline of 70 percent in daily earnings as a result reduced Gulf tourism. In 2016, Saudi Arabia was the largest contributor to tourism in Qatar, with 949,000 visitors annually, or 32 percent of Qatar’s total. “On average I used to pick and drop off roughly 2000 passengers in a week. It was very normal for me to pick passengers from the Saudi border or the airport and drop them off to hotels. Now I make about 15 to 20 trips a day and mostly within the city,” said 53-year old taxi driver from Bangladesh.

Although Qatar saw a 38 percent decline in visitors in the first quarter of 2018 in comparison to 2017, in August 2017, Qatar initiated visa-free entry to citizens of 80 countries to provide additional revenue to counteract the recently imposed sanctions and spread an image of openness and hospitality. The new visa policy contributed to a 56 percent increase in visits by African nationals and a 15 percent increase in European visitors, especially from Russia. This helped offset the 86 percent drop in visits from other GCC countries, and hotel occupancy only fell by 5 percent. Yet foreign taxi drivers are still struggling. “It’s a normal practice among taxi drivers now to take passengers on a longer route just so they can charge more on the meter. Doha is empty; there is no tourism even with visa-free entry for 80 countries,” said a taxi driver from Sri Lanka.

Other sectors—such as construction, which employs 800,000 foreign workers, nearly 40 percent of Qatar’s working population—were better able to manage the effects of the embargo. Infrastructure development, such as expanding hospitals or resurfacing roads, has especially been booming since Qatar regained access to construction materials via new trade routes through Oman, Turkey, and Iran. Many ongoing projects, which predominately employ foreign workers, are in preparation for the 2022 FIFA World Cup, such as the New Orbital Highway project that will connect Doha’s downtown areas to Al-Rayyan, Al-Khor, and Lusail stadiums.

This construction fits in well with Qatar’s ongoing efforts to achieve self-sufficiency. In 2008, the Ministry of Development Planning and Statistics launched National Vision 2030, a wide-ranging development plan to diversify the economy so that it is “capable of meeting the needs of, and securing a high standard of living for, all its people for the present and for the future.” With the embargo in place, Qatar has simply expedited its development plans. For instance, it has established several dairy farms in the desert, aiming to meet domestic demand and make up for the 400 tons of milk and yogurt it used to import from Saudi Arabia every day, and launched other food productionprojects for domestic consumption, particularly in fishing and agriculture.

The current national development strategy, unveiled by the Ministry of Development Planning and Statistics in March 2018, describes additional long-term plans to boost the non-oil and gas sectors. Making these sectors sustainable requires that Qatar enhance its economic and human resources, not just to incentivize educated Qataris to remain in the country—for instance by encouraging them to take up managerial roles in health, education, and business—but also to recruit a mix of nationalities and skillsets in foreign labor. To this end, it is seeking education and health partnerships with Malaysia, Indonesia, and Singapore. By choosing destinations other than Gulf countries, Qatar is not only diversifying its sources of labor but establishing new trading partnerships and investment opportunities.

Qatar may have recovered well, owing to its wealth and ongoing self-sustainability projects, but if it plans to achieve its Vision 2030, it needs to work toward safeguarding the rights of the bulk of its workforce. Retaining its labor force for construction and food production requires delivering on the promises Qatar has made to international human rights organizations to improve its record on workers’ rights.

This article was first published on carnegieendowment.org

Haniya Javed is a freelance journalist and a Panos South Asia Fellow on migrant labor. Follow her on Twitter @haniyajaved1. Email her at [email protected]