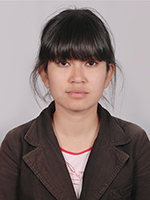 Weena Pun is a writer/journalist based in Kathmandu. She writes for Nepal’s national daily, The Kathmandu Post.

Previously, she was an assistant editor at Himal Southasian, a Kathmandu-based review magazine that covers South Asia. A graduate of Stanford University, Weena has been struggling to complete her first novel. 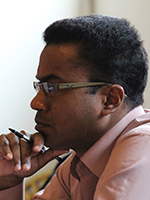 Porimol Palma is a senior correspondent at The Daily Star, the highest-circulated English newspaper in Bangladesh. Journalism is a passion for Porimal who started his career as a cub reporter at a teen magazine. Through his stories, he aspires to influence national, regional and global policies to establish human rights, democracy and pluralism.

He has a Masters degree in Development Studies from BRAC University and has worked as a correspondent for Bangkok-based UCANEWS.COM and Philippines-based Radio Veritas Asia. He covers labour migration, human trafficking, agriculture, food safety and health. 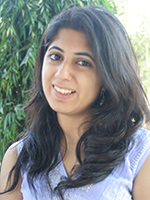 Thinker, visualizer, movie-buff, and singer Bhanvi is a correspondent with Zee Digital Convergence Ltd. As a reporter for India’s first hyper-local news digital platform which covers news from the by-lanes and local community issues, events, personalities and happenings, Bhanvi writes extensively on social, gender, community and public health issues. She enjoys watching travel and food shows, reading, creative writing, and getting into the details of every story she does. Bhanvi has also worked as a web journalist for www.indiatvnews.com and www.iamin.in .

She has completed post graduation in Political Science from Jamia Millia Islamia University, Delhi in 2015 after graduating on mass media and mass communication in 2013 from I.P. College for Women (Delhi University). 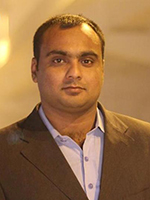 Aftab Ahmad is a reporter with Pakistan’s popular TV channel Geo News and is based in Peshawar.

A graduate of Peshawar University, he contributes news articles, documentaries, radio reports to print media and websites in Pakistan. 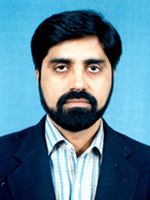 Amjad Mahmood is a journalist with Dawn, an influential English Daily in Pakistan. He left an MBA programme to join the media and has a Masters in Mass Communication from the University of Punjab. During his fourteen years as a journalist, he has covered a wide range of issues including commerce, metropolis, environment, politics and labor issues.

He has translated seven books from English into Urdu including ‘The Politics’ by Aristotle; ‘35 years in the East’ by Martin Honiberger, and J S Grewal’s work on Sikh history and religion. 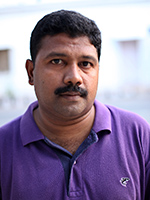 Pattabi is a biologist turned photojournalist based in Pondicherry, India. His interest is in socio-economic, cultural and environment issues. His work includes photo essays on India’s seasonal migrants and war-affected Tamils in Sri Lanka.

He has received several awards including a Junior Fellowship for Photography from the Ministry of Culture (Government of India) 2008, a 2010 Media Fellowship from the Centre for Science and Environment, New Delhi, Appan Menon Memorial Award 2012, Human Rights Photography Fellowship 2013 from Magnum Foundation, New York, and, International Committee of Red Cross photo journalism award for Reporting on the Fate of Victims of Armed Violence 2013. 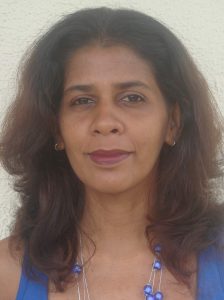 A lawyer by training, Dilrukshi is an award-winning journalist who has specialized in investigative reporting, writing on international affairs, parliamentary/political reporting and column writing. She is the Senior Associate Editor of the Sunday Observer and a contributor to several international outlets, including Al Jazeera, Anadolu News Agency, Integrated Regional Information Network (IRIN), Reuters Alertnet, SciDevNet, Himal Southasian and Down to Earth.

She is the recipient of the Mervyn de Silva Journalist of the Year – 2012 Award for Excellence in Journalism and the WASH Media Awards 2014 for journalistic excellence, presented by the Water Supply and Sanitation Collaborative Council (WSSCC) and Stockholm International Water Institute (SIWI). She is a Jefferson and Reagan- Fascell Democracy Fellow. She is an accredited journalism trainer, currently working in several Asian countries. 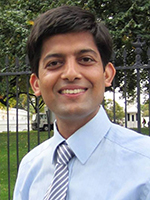 Kosh Raj is a journalist with the Republica National Daily where he covers foreign affairs, politics and Human Rights. Prior to joining the Republica, he worked with The Kathmandu Post daily. Kosh Raj has a Master’s degree in English Literature from Tribhuvan University Nepal and a one-year Diploma in Journalism course from Nepal Press Institute in Kathmandu.