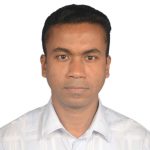 Porimol Palma is a senior correspondent at The Daily Star, the highest-circulated English newspaper in Bangladesh. Journalism is a passion for Porimol who started his career as a cub reporter at a teen magazine. Through his stories, he aspires to influence national, regional and global policies to establish human rights, democracy and pluralism. He has a Masters degree in Development Studies from BRAC University and has worked as a correspondent for Bangkok-based UCANEWS.COM and Philippines-based Radio Veritas Asia. He covers labour migration, human trafficking, agriculture, food safety and health. Porimol administers Panos South Asia’s labour migration blog. (porimol25@gmail.com) 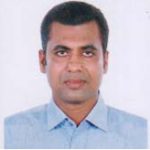 Golam Mourtoza (pen name G M Mourtoza) is a Bangladeshi media activist based in Rajshahi where he has worked for several print, electronic and online media outlets. He is head of news at Radio Padma 99.2 FM (radiopadma.fm) and Padma News (padmanews.com). He is a founding director of Center for Communication and Development (CCD Bangladesh, www.ccdbd.org). He is interested in issues related to environment, health, human rights and migration. Golam has produced and broadcast Micro Credit and HIV/AIDS related radio programs for PANOS London and Asia Pacific Broadcasting Union (ABU); he was a Climate Change Media Partnership (CCMP) Fellow in 2009 and attended the Netherlands Fellowship Program (NFP) in 2013. The same year he visited the US as an International Visitor Leadership Program (IVLP) Fellow – for his contribution in building capacity of community radio in Bangladesh. (gm.mourtoza@yahoo.com) 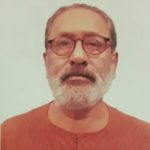 Morshed Ali Khan is a graduate of the London School of Journalism. He has taught English in Algeria and worked for numerous publications, both English and Bangala, during a three decade long journalism career. He has worked as a researcher, documentary maker, and interpreter in various parts of the world, including in the UK, Bangladesh, Algeria, and Rwanda. He was special correspondent for The Daily Star, the most widely circulated English newspaper in Bangladesh and in 2002 received Best Investigative Journalist Award from Transparency International Bangladesh. He is currently associated with the BBC World Service and is editor of reportsbd.com – a news portal he started. (morshed99@yahoo.com) 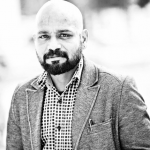 Rejimon Kuttappan is a senior investigative journalist based in Kerala. He writes for several media outlets, including Reuters, Migrants-Rights, Middle East Eye, The Caravan, Scroll.in and FirstPost on migrant workers issues in the Arab Gulf and India. His in-depth stories exposed human trafficking and workers’ rights violations in the Arab Gulf countries, forcing both sending and host country governments to initiate remedial measures. He was deported by the Oman government in April 2015 following his reports in The Oman Times on human trafficking in Oman. He holds a  Diplomacy Training Programme certificate from the University of New South Wales and has been trained on migrant workers’ rights by Migrant Forum Asia (MFA) and International Labour Organisation (ILO). He has led several workshops and seminars in the Arab Gulf for unionists on identifying workers’ rights violations and for journalists in India on the importance of adopting fair standards while reporting migrant issues. Rejimon is the founder of MigCall app launched to support Indian migrant workers in the Arab Gulf. (reji.news@gmail.com) 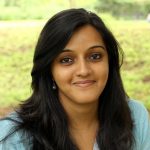 Rohini Mohan is an independent journalist writing on politics and human rights in South Asia for 13 years. She has written in publications including Al Jazeera, The New York Times, Foreign Policy, The Economic Times, Caravan, The Hindu, Scroll.in and The Wire. She is the author of the award-winning The Seasons of Trouble (Verso, Harper Collins 2014), a non-fiction book on postwar Sri Lanka. Rohini is based in Bangalore, India. (rohinimohan@gmail.com)

R.K. Radhakrishnan is associate editor of India’s Frontline magazine. Before moving to Frontline, he was with The Hindu newspaper for two decades. He served as the paper’s bureau chief in Chennai and Tamil Nadu, in the political bureau, and wrote editorials. In 2010, he covered Sri Lanka as the island nation struggled to find peace after a three-decade-old debilitating ethnic conflict. Concurrently, he covered Maldives which saw a series of defining changes from 2012, including a bloodless coup.  Radhakrishnan is adjunct faculty at the Asian College of Journalism, Chennai, and visiting faculty at The Banyan Academy of Leadership in Mental Health, also in the city. He is a regular contributor to the dialogues at India’s widely-respected think tank, The Hindu Centre for Politics and Public Policy, and writes on a range of issues related to Indian polity for the Centre. (radha9110@gmail.com) 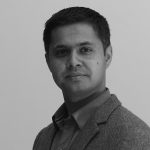 Janak Raj Sapkota is a journalist and social researcher with Nepal’s largest daily Kantipur Publications. His academic and journalistic interests are focused on sustained research and coverage of issues pertaining to labour migration and mobility. His book Kahar: A Society Disoriented by Labour Migration (short documentary based on book: https://www.youtube.com/watch?v=QPp-4auvgBQ) looks at the social impacts of labour migration and remittances. He co-authored Social Impact of Remittance in Terai – a book based on qualitative research. (janaksapkota048@gmail.com) 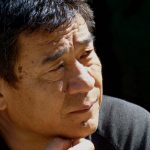 Kesang Tseten’s documentaries have regularly screened in Nepal and in international film festivals, including the International Documentary Film Festival of Amsterdam, Leipzig International Documentary Festival, Yamagata, Thessaloniki, Krakow, Viennale, and the Margaret Mead Film festival.  He has been recipient of grants from Busan, IDFA and the Sundance Institute for his films.  Before filmmaking Kesang wrote and edited and was associate editor of Himal Magazine in its early years. He is a graduate of Dr Graham’s School in India and Amherst College and Columbia University in the US.  His documentaries on Nepali migrant workers in the Gulf have screened at various festivals worldwide. (shunyatafilm@gmail.com) 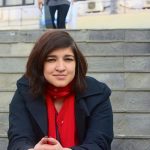 Upasana Khadka is a freelancer associated with the Nepali Times. She has written pieces on the internally displaced from Langtang after the earthquake; migrants and their families, and social justice (http://upasanakhadka.portfoliobox.net/). She also consults for the World Bank in Washington DC on labor and low-skilled migration issues in Pakistan, Nepal and Bangladesh. She is interested in writing, data analysis and photography. Upasana has a Master’s degree in Public Administration and International Development (MPA/ID) from the Harvard Kennedy School of Government, and an interdisciplinary degree in Economics and Mathematics from Reed College, USA. (u.khadka@gmail.com) 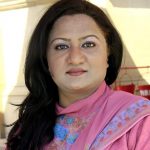 Gonila Hassnain is a social reporter with the Urdu newspaper Daily Dunya printed from six cities of Pakistan: Lahore, Karachi and Rawalpindi, Islamabad, Multan, Faisalabad and Gujranwala. She belongs to Pakistan’s Christian minority and is interested in minorities’ rights and human rights, labour issues, and women and politics. She has won several awards for her coverage of human rights, education, health and women’s issues. She is founder member of South Asia Women in Media (SAWM), council member of Lahore Press Club, and, from 2010 – 2011 was a member of the Elected Governing Body of Punjab Union of Journalists.  (gonila_gill@yahoo.com) 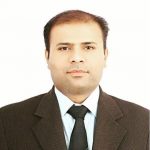 Imran Athar Mangi is from Quetta and has a Master’s in Mass Communication from University of Balochistan. He graduated in Law and has a Master’s in International Relations from University of Sindh. He is currently with Dunya News as Assignment Editor. Prior to joining Dunya news network where he has worked for more than eight years, Imran was a news producer with Pakistan Television Corporation Quetta Center for six years. He has also worked with BBC World News, BBC Urdu Service and Xinhua Chinese news agency as a freelance journalist. (imran.mangi@dunyatv.tv) 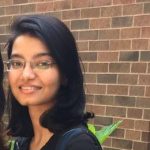 Haniya Javed is from Karachi, Pakistan where she has been working as a reporter for Express Tribune (an English daily working in partnership with International New York Times). She covered NGOs, minorities, human rights, social injustice and arts and culture for two years in Karachi. She is a graduate in Masters of Science from Columbia Journalism School where she honed her reporting in investigative skills, data journalism and audience engagement. For her long form narrative piece for her degree, she covered the human rights issue of Ahmadiyya Muslim refugees in US who are victimized in Pakistan. (hj2453@columbia.edu) 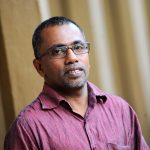 Amantha Perera is a journalist and media development strategist based in Colombo, Sri Lanka. His work has appeared in TIME, Reuters/AlertNet, Inter Press News Service – IPS , the Guardian and Integrated Regional Information Network – IRIN. Amantha has reported widely on climate change and its impact in Asia, on Sri Lanka’s post-conflict situation, humanitarian aid, human rights, trafficking and urban development. An Ochberg Fellow, he is the regional coordinator for Asia-Pacific for the DART Center for Journalism and Trauma, Columbia University. He was an International Visiting Scholar at the Graduate School of Journalism, University of California, Berkeley, California. (Twitter: @AmanthaP/ amantha_23@yahoo.com) 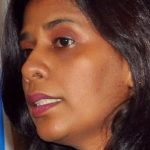 Dilrukshi Handunnetti is a lawyer by training and an award-winning journalist who has specialized in investigative reporting, writing on international affairs, parliamentary/political reporting and column writing. She is Consultant Editor with the Daily and Weekend Express. She has worked as Senior Associate Editor of the Sunday Observer and a contributor to several international outlets, including Al Jazeera, Anadolu News Agency, Integrated Regional Information Network (IRIN), Reuters Alertnet, SciDevNet, Himal Southasian and Down to Earth. She is the recipient of the Mervyn de Silva Journalist of the Year – 2012 Award for Excellence in Journalism and the WASH Media Awards 2014 for journalistic excellence, presented by the Water Supply and Sanitation Collaborative Council (WSSCC) and Stockholm International Water Institute (SIWI). She is a Jefferson and Reagan- Fascell Democracy Fellow. She is an accredited journalism trainer working in several Asian countries. (dilrukshihandunnetti@gmail.com)

Thulasi Muttulingam is a freelance journalist based in the post-war region of Jaffna, Sri Lanka. She covers social issues related to war and post-war developments. Migration – both internal displacements and exodus abroad – are key aspects of many of the stories she covers. In post-war Sri Lanka, people continue to try to get out, and, migration remains a major factor influencing the country’s stability. (thulasi108@gmail.com)