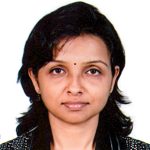 Halima Begum Jhumur (pen name Jhumur Bari) is a Bangladeshi journalist based in Dhaka who specializes in reporting on climate change, economy and diplomatic relations. A senior reporter at the private TV station Ekattor Media Limited, she has worked for several print and electronic media outlets in the past ten years. In 2010 she received a fellowship from Action Aid Bangladesh to report on violence against women. That same year, she was awarded the national prize for reporting on climate change and disaster management, topics she has covered at home and abroad from Everest region, Rio, Copenhagen and Geneva. In 2015, she received the BRAC Media and Migration Award for her dedicated work on women and migration. 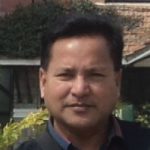 Parvez Babul is a columnist, author, and communications/ media practitioner based in Bangladesh. He writes regularly for several mainstream newspapers including the Daily Star, daily Observer, Financial Express, Daily Sun, Independent, weekly HOLIDAY, African Herald Express. Since 1990 Parvez has been writing about a wide range of issues, including on migration, media and social communications, climate change adaptation, sustainable development, and women’s empowerment. He has published several books which focus on women’s empowerment, food security, climate change, and media. 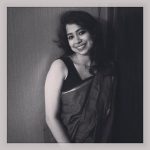 Syeda Samira Sadeque is a journalist, writer, and poet in Dhaka, who currently works at the Dhaka Tribune. She graduated from Grinnell College (Grinnell, USA) in 2012 with a BA in Sociology and Global Development Studies. She addresses issues of violence against women, women empowerment, mental health issues, war and conflict, and labour rights through her work in journalism, writing and poetry. She was a 2014 ifa (Institut für Auslandsbeziehungen) Fellow in Berlin, Germany. In 2015, she was selected as a Global Shaper for the Dhaka Hub of Global Shapers, an initiative of the World Economic Forum. She is the co-founder of Ampersand, a spoken word group in Dhaka, and a vocalist in Dhaka-based Ghaashphoring Choir. 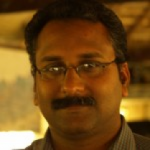 K Rajendran hails from Palakkad District of Kerala. He is currently working in Kairali TV/People TV as senior news editor. He has received several awards for his work, including Best TV Reporter Award by Government of Kerala, and, V K Madhavankutty Memorial Award for best report on social issues. He is a Panos South Asia Climate Change Fellow, CSE Media Fellow, and a UNDP Media Fellow. K Rajendran has directed numerous social documentaries and has written several books. He has been reporting on various regional, national and international events since 2000. 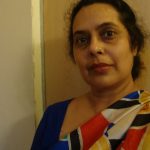 Rina Mukherji is the winner of India’s first-ever Laadli Extraordinaire National Award for Gender Sensitivity (2012-13) for showing exemplary courage in relentlessly fighting gender injustice and the Laadli Media Award for Gender Sensitivity (web category) for 2011-2012, Eastern Region. She has been awarded several media fellowships, including EJN-Internews (2012), Robert Bosch Stiftung-(2008 and 2012), Women Deliver (2010), and Seaweb (2008). A Calcutta based journalist, Rina specializes in all aspects of sustainable development. She holds a doctorate in African Studies, and has contributed writings to numerous academic publications. 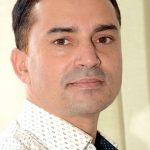 Dinesh Regmi has been a journalist for eighteen years and is based in Kathmandu. He has covered labour migration and human trafficking issues for the Kantipur, the largest selling Nepali language daily for last eight years. Earlier, Dinesh spent three years in Doha, Qatar as bureau chief of Kantipur’s Gulf Edition (published from Qatar since January 2008) which mainly focuses on labour migration issues. He currently coordinates the publication of Kantipur’s Gulf Edition from Kathmandu. During his stint in the Gulf, Dinesh contributed to the BBC Nepali service. He has master’s degree in Mass Communication and Journalism. 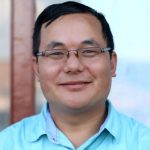 Om Astha Rai is a Nepali journalist currently associated with Nepali Times. An alumni of the Asian College of Journalism (ACJ) in Chennai, India, Rai is the winner of the first Mental Health Journalism Award for his story on mental trauma and stress that Nepali labour migrants face in the Gulf. He has also written a chapter on migration and media in Nepal in the book titled “Moving Stories: International Review of How Media Cover Migration” published by the Ethical Journalism Network. 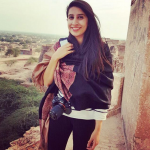 Sabrina Toppa is a journalist based in Lahore, Pakistan whose work has appeared in TIME, NBC News, VICE and other outlets. In the past, she has worked in newsrooms in Hong Kong, Dhaka and Kathmandu. She was a 2013-2014 Zeff Fellow, examining migrant labour in the transport industry on-the-ground in the Middle East, Africa and Asia. From Qatar to Ethiopia, Myanmar to Malaysia, Indonesia to Lebanon, she has extensive experience reporting overseas on the topics of migration, human rights, and social justice, and is looking forward to highlighting the flow of human capital from Pakistan to other parts of the world. 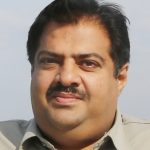 Shahzada Irfan is a senior correspondent for The News on Sunday, the weekly section of Pakistan’s most widely circulated newspaper The News. He has a special interest in writing on labour issues and was declared “Labour Reporter of the Year” by ILO Pakistan office in 2015. He contributes to several international media organisations, including IPS Feature Service, Scidev.net, The Third Pole, and IP Watch. He was Daniel Pear Fellow 2009 and worked with Houston Chronicle, Texas for five months as an Alfred Friendly Press Fellow. 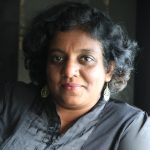 Dhaneshi Yatawara has been a journalist for fifteen years and currently reports for the Sunday Observer newspaper, a weekly publication of one of the main print media organisations in Colombo. She has reported extensively on matters of defence and security in Sri Lanka; since May 2009, her focus has slightly shifted to issues of labour migration, gender, environment, science and technology. She is pursuing a Post Graduate Diploma in Peace and Conflict studies from the University of Colombo – affiliated to the UN Peace University – and gets immense job satisfaction reporting for a cause.