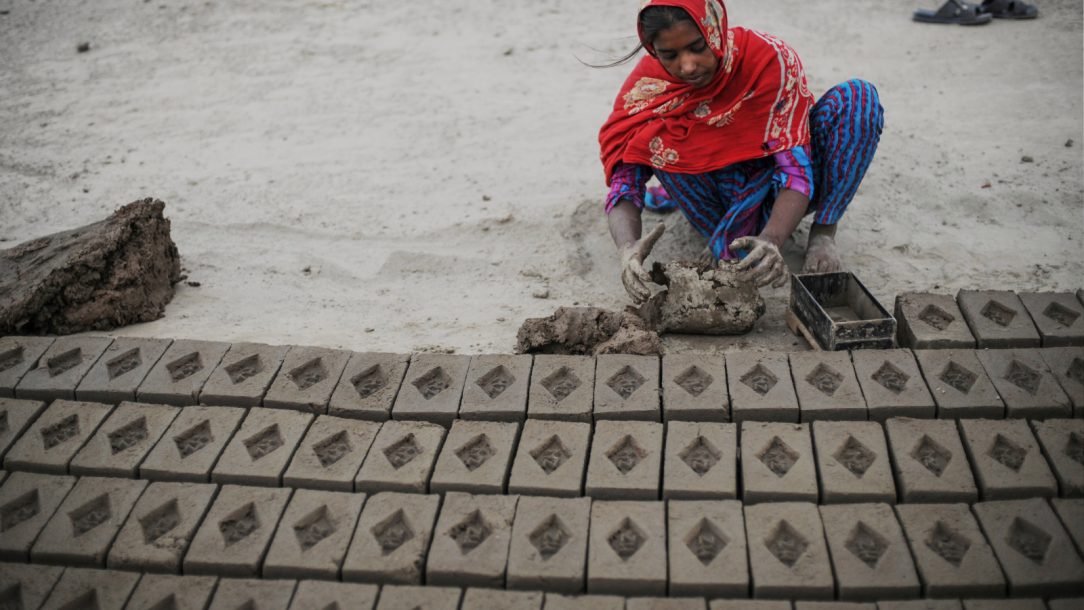 PAKISTANI WOMEN HAVE HAD ENOUGH. THEY ARE DEMANDING WORKPLACE EQUALITY

Popular Pakistani qawwali singer Rahat Fateh Ali Khan plays on Karachi’s airwaves as men offload sacks filled with cloth scraps from trucks and take them into warehouses. There, they’re separated by size and either taken back to factories or sold in markets as stuffing for cushions. But while the pay is paltry for all, men receive almost 50 percent more than women — $3.80 against $2.60 daily — for the same work. For decades, such wage disparity was a given. Now that’s slowly changing.

In a deeply male-dominated society, these female workers — who typically sew garments, make bangles and weave carpets in tiny factories set up in homes — are winning tiny battles against contractors, factory owners and middlemen, clawing their way up toward equality. So much so that in some cities, male worker unions are now asking them to lead their struggle. Four formally registered women-led unions now represent Pakistan’s 16 million female home-based workers, where none existed before 2009.

Under their pressure, the government of Sindh — Pakistan’s second-most-populous state — last year became the first in the country to bring a law aimed at ensuring basic rights and social security benefits for home-based workers. In April this year, the state also introduced minimum wages for the bangle-making industry and made it mandatory that male and female workers are paid equally. While the state has yet to begin registering home-based workers in its database under the law, the women aren’t waiting.

Take Ruqayya, a home-based worker who used to earn less than a cent for stitching seven buttons on a small coat. Earlier, she would have needed to plead alone with the factory manager for a raise. Now, backed by the unions, she organized other female workers in her Karachi neighborhood and negotiated a threefold increase in pay.

“What we have now done is [to] join hands together,” says Zahida Mukhtiyar, president of the Home-Based Workers Federation, one of the unions, and a home-based worker for the past 20 years. “We refuse to take work until it’s a fair price, because we know the margins of a contractor … we are ensuring that he gives equal rates to workers for the same work.”

The challenges before these women aren’t small. According to the International Labour Organization, the gender pay gap in the garment industry is the highest — 65 percent — in Pakistan of all Asian countries. But these historic hurdles aren’t stopping these female workers. And their growing movement isn’t limited to collective bargaining.

On a Friday night in July around 10 pm, police came knocking at the door of Mumtaz, a Karachi home-based worker. Mumtaz, her husband and their eldest daughter were taken away. Their crime? The neighbor’s daughter had eloped with a boy, and the girl’s parents suspected Mumtaz’s family of helping her.

They were eventually released in the morning. But the police returned 10 days later to again take Mumtaz away. Shazia, Mumtaz’s youngest daughter, ran to the home of Saira Feroze, a general secretary of the workers federation. The police picked up Feroze too. Three more representatives of the federation came down to the police station and told officers to back off unless they could demonstrate evidence against Mumtaz or Feroze. “They thought Mumtaz was alone,” says Feroze. “We told the police that she was one of us and that we would fight back.” The police let Mumtaz go, though the case remains unresolved.

In Hyderabad, a city in Sindh, 22-year-old bangle maker Urooj discovered soon after her wedding a few months ago that her husband was cheating on her. She divorced him and demanded back all the dowry her family had given for the wedding. The husband’s family resisted. The Home-Based Workers Federation threatened to draw in the police — adultery is a crime — if the family didn’t budge. They did.

The successes of unionized female home-based workers are now also drawing the attention of male workers. In Hyderabad, male factory workers are asking the women of the Home-Based Workers Federation to help organize and lead them too, says Nasir Mansoor, the deputy general secretary of the National Trade Union Federation, a collective of Pakistani trade unions.

For sure, the path ahead is far from easy. Female workers and their unions still need to deal with middlemen and contractors who are often unscrupulous. The broader social barriers women face in the country — they constitute only 23 percent of the workforce — haven’t gone anywhere either.

But their recent gains, and the fact that even male unions are beginning to look up to them for inspiration, offer hope to these female workers. They’re comfortable helping male workers too, suggests Zehra Khan, another general secretary of the Home-Based Workers Federation. For them, she says, it’s first and foremost a “workers’ issue rather than a gender issue.” Still, the pride is hard to hide. “We were the pioneers of the campaign for home-based workers in Pakistan,” says Khan. And they’re driving the future of the battle for better rights.

(Note: Some of the women requested that only their first names be used.)

This report was first published on www.ozy.com