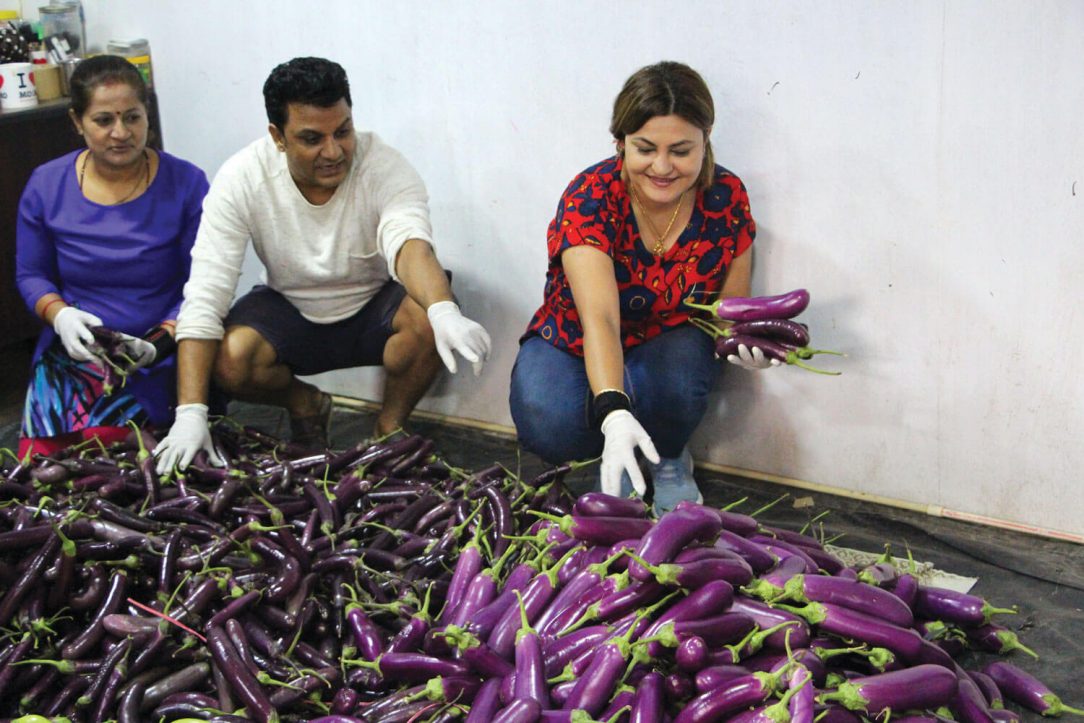 Greens from Nepal in Qatar’s desert

Nepal is not just exporting manpower to Qatar now, but also veggies

There is something inherently elitist about labels like ‘expat’ and ‘diaspora’. They refer to skilled Nepalis studying, working or living abroad and not to the hundreds of thousands of migrant workers when, in fact, both are just individuals moving out for better opportunities.

But Nepal’s migrant economy has also opened up new business prospects, as Kalyan Ghimire discovered. It was during a trip to Qatar to organise a musical event for Nepalis that he saw a market for ‘nostalgic products’ like dalle khursani and gundruk among the 400,000 Nepalis in Qatar.

“On one hand, I saw Qatar’s reliance on imports of vegetables, especially after the embargo, with a high share of Nepalis as the consumers of these imports,” Ghimire explained. “On the other hand, farmers in Nepal were destroying produce using dozers to protest low prices.”

Although he had little experience in the trade, Ghimire set out on a mission to play the role of a link by establishing Al Saman International. His business intuition told him Nepali migrant workers could be customers, marketers and advisers. Nepalis work in just about every sector in Qatar, and through them he was able to establish networks with higher-ups who make procurement decisions.

Ghimire’s son Saman is based in Qatar and now in charge of marketing Nepali produce. He says: “Nepali workers were reluctant in the beginning to believe that it was do-able. But once they saw the possibility, they are doing everything to help us.”

It required just the first few orders for the business to take off. Nepalis were the biggest consumers and helped spread the word. A wave of selfies by migrant workers next to ‘Nepali Vegetables’ signs proliferated on social media. The red hot dalle khursani chillies have been a particular hit, including among Pakistanis.

“Word of mouth and social media did wonders in expanding our consumer base,” says Saman Ghimire, who adds that Nepalis working in supermarkets go out of their way to help spread the word. “A Nepali bhai in one mart even changed the placement of our vegetables as he thought they were not visible enough.”

Ghimire’s Facebook account now resembles review websites like Yelp. Workers send unsolicited reviews and advice. One of them reads in Nepali: “I was at the Able mart the other day where special vegetables from India and Bangladesh were being sold. There was a huge crowd of buyers there, including Nepalis. I recommend you to explore this possibility.”

Recently, Qataris were spotted buying gundruk in Ghimire’s partner store in Doha, Fresh Food Mart. With many Nepalis working as cooks, their employers seem to have developed a taste for the fermented Nepali dish as well.

The company has streamlined a supply chain to fly consignments of fresh Nepali veggies to Doha every Wednesday and Sunday. The seven markets place their orders a day or two before. Back in Nepal, farmers bring their produce to a collection point in Satdobato early morning on shipment day.

The produce is graded, packaged and sent to the airport quarantine office, then put into the cargo holds of flights to Qatar. A team at Doha airport receives the shipments and dispatches them to market. This Wednesday orders were placed for 1,900kg of fiddleheads, chillies, radish, French beans and bamboo shoots.

There have been hiccups along the way. For example, there is a big demand for coriander and mustard leaves, but they have a short shelf-life and attempts to export them have not worked out.

One big challenge is the cost of air freight, which puts Nepali produce at a price disadvantage compared to items from India, Bangladesh and Pakistan. The government could help by setting a lower rate for perishables in the cargo holds of Doha-bound aircraft.

For now, the father-and-son team is trying to consolidate the business, make supplies reliable and fresh for current customers. Says Saman Ghimire: “If we can ensure the guaranteed supply of vegetables, demand is not a problem.”

The Ghimires also have their eyes on FIFA 2022, when they expect demand to grow. They are also hoping to branch out into exporting bottled water and t-shirts for the World Cup games.

Says Kalyan Ghimire: “There is potential for so much more economic activity beyond labour migration. Returnees can also play an important role in expanding their horizons in the Gulf and Malaysia.”

This article was first appeared on Nepali Times.