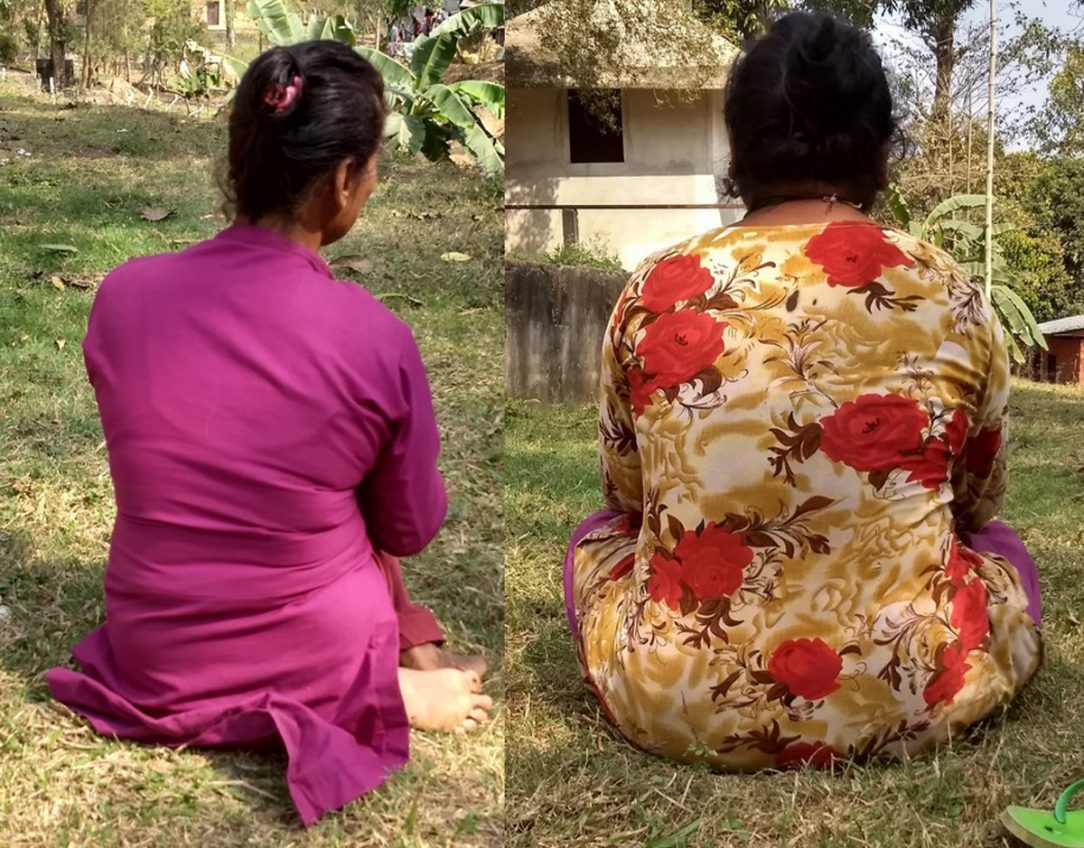 After high profile cases of abuse of Nepali domestics, the government has banned women from migrating for domestic work since early 2017. But outlawing it has driven recruitment underground, increasing the exploitation and risk for Nepali women. Women are still finding unauthorised ways to get to West Asia overland through India, or taking circuitous flights via Sri Lanka. Many end up being trafficked en route, and are abused or underpaid by employers.

Sarita has just returned from Lebanon, and was among the throng lining up outside the UAE Embassy in Lazimpat this week waiting to get her police report stamped.

“I will again go as a housemaid, what else?” says Sarita adamantly. Asked if she is aware of the blanket ban on domestic workers, she replies with a smirk, “There are ways.”

Hari is a recruitment agent and says the ways to bypass the ban are “open secrets”. The government, recruiters, and migrants all know that outlawing overseas domestic workers has encouraged trafficking, and yet no one is willing to lift the ban.

Renu from Kavre has just returned from Kuwait after travelling there via India. She says: “I would have preferred to go for a company job, but domestic work did not cost me anything.”

Indeed, domestic workers do not have to pay recruitment fees, and in the few cases they do, it is significantly lower than the $1,000 other workers have to pay for other jobs. This has made domestic work accessible even to the poorest Nepali women.

Rama is a local recruiter in Chitwan, who referred to herself as a ‘guardian’ of domestic workers as they make their risky journey overland via India to the Gulf. She tells the women to travel as unobtrusively as possible so they are not detected on the Indian border, and she escorts them until they fly out from Mumbai or Delhi.

Recruiters do not charge fees because they are compensated so handsomely by employers in the Gulf where there is such high demand for Nepali housemaids that most women are sold off as soon as they get there. Since the employer has ‘bought’ the domestic worker, the chances are higher of her being abused or not paid.

Recalls Renu about her ordeal: “At the agent’s office in Kuwait, we were treated like goats. Employers walked in and checked us out, haggled and handed cash to the agent on the spot. We were sold like livestock.”  The women are treated rudely by the Nepali agent if potential employers do not choose them. Women who are sent back by unsatisfied employers are treated even worse. Some get picked to be sold after weeks of waiting.

“My employer paid $2,000 to my agent when she came to drop me off at the house a day after she had picked me,” recalls Laxmi whose employer called her a ‘buffalo’, physically abused her and did not pay her salary. She kept reminding Laxmi she had been purchased.

Domestic workers are already more vulnerable given the isolated nature of their workplaces within the confines of homes. The ban was put into place with the right intention to protect the women, but it has made them even more vulnerable because the Nepal embassy has no information about them.

Despite the ban, women are still going to West Asia, and there are Nepali domestic workers abroad who are stuck due to the ban and cannot come home to visit families.

Rita, a mother of three, recently lost her 18-year-old eldest daughter in Butwal. Her employers offered to buy her a ticket home for the funeral. But she could not leave Dubai, fearing she would not be allowed to fly back.

“I have a huge loan to repay, and as a single mother, still have to take care of my two other children so how can I risk my job?” she sobbed on the phone from Dubai.

Rita’s relative, Indu, has been living in the UAE for the past eight years and last visited her family in Nepal two-and-half years ago. When her mother passed away last April, she could not come home. “We have good employers, we have good jobs that we want to keep, but we are stuck abroad because of the ban, what is the government doing about us?” she asks.

Unlike others, Nuna tried to be less risk-averse and bought her ticket, packed her suitcase, but she got cold feet after even the embassy dissuaded her. Nuna has worked with the same employer for three years and wants to continue. “You cannot imagine how bad I felt while canceling my ticket,” she says.

Nuna, Rita and Indu all know there are ways to bribe airport officials in Kathmandu with expensive ‘settings’ or to travel through India, but they do not want to risk not being able to return to Dubai. They say conditions in the UAE for household help are much better, and that the ban should be lifted.

The Nepal government is negotiating Bilateral Labour Agreements for domestic workers with Jordan, UAE and Qatar which could improve pay and working conditions for women. However, this will not stop the unauthorised flow of household helpers to other destination countries with which there are no negotiations planned while current domestic workers will continue to feel stuck amidst the uncertainty.