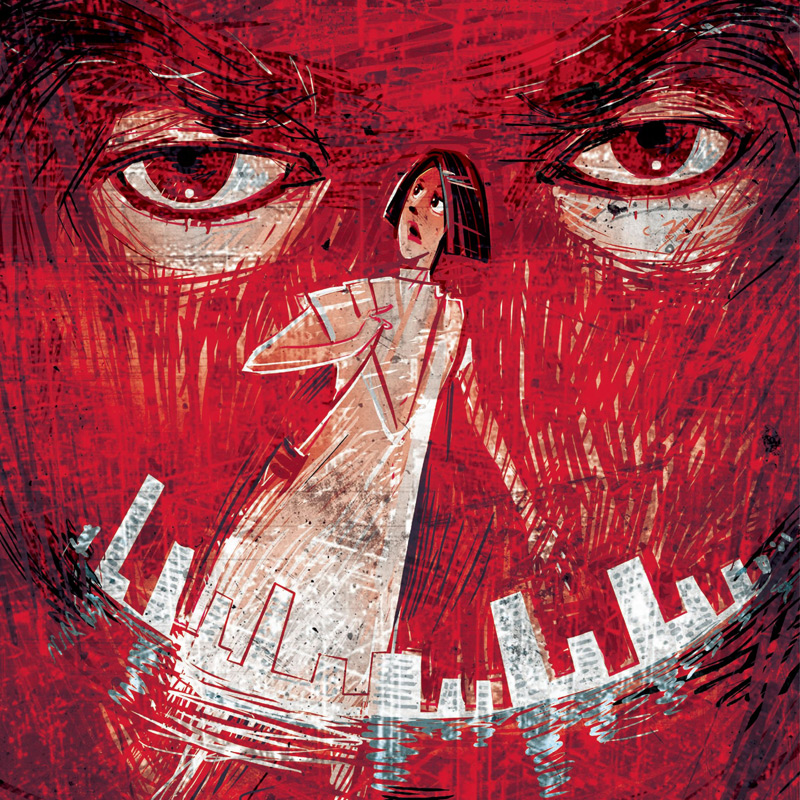 Indian woman forced into prostitution in Malaysia tells her story

Young Indian females are often lured by agents with false promises of domestic work in Malaysia and then subsequently coerced into commercial sex trade.

Twenty-eight-year-old Laxmi (name changed), is among numerous Indian women who come to Malaysia in the hope of a better paying job, but end up falling victim to sex trafficking instead.

Young Indian females are lured by agents with false promises of domestic work in Malaysia but are subsequently coerced into commercial sex trade. The agents charge heavy fees for obtaining travel documents, for which the women also end up taking heavy loans from relatives.

A major loophole in Malaysia’s laws is that the Employment Act is not applicable to domestic workers. So there are no set rules for paid leaves, maternity leaves, working hours etc. for them. Employers do not permit domestic workers to contact their families or seek outside help and abuses happen behind closed doors. However, there is an Anti-Trafficking in Persons and Smuggling of Migrants Act 2007 which offers domestic helpers not covered by the labour law, some legal protection and avenues for redressal.

Laxmi says she got married 11 years ago and her family suffered from a poor financial situation. “I decided to go to Malaysia and work as a domestic help which would help in improving the financial status of my family. I met an agent through a friend who assured me of issuing all the required travel documents on a commission of Rs 35,000. So I agreed to go,” she says.

Laxmi was then asked to take a train from her village and reach Chennai where she had to meet another agent at a coffee shop. She paid him Rs 35,000 for obtaining a passport, visa and other travel documents. She then received the documents within two days, and flew to Malaysia. A man received her at the airport and took her to Ipoh, which is a three-hour drive from the airport, and dropped her at a hotel. “There were other women in the hotel as well. A lady (madam) told me to start work the next day at 7.30 am. When I asked her what work, she was surprised to know that the agent had not told me about the nature of work,” Laxmi says.

“When I refused, the pimp beat me up with a curtain stick and threatened to seize my passport. I did not eat, remained locked in a room and resisted for many days but had no option in the end. I was told that if I listened to them I would be sent back to my country after six months. Then I was forced to have sex with at least 5-10 men everyday. The men were from Pakistan, Nepal, Bangladesh and India,” she wept.

From Ipoh, Laxmi was later transported to Joho where she had to meet another pimp. She was asked to bring RM 5,000 in order to be released after working for 10 days. She agreed and spoke to her husband to send the money. But Laxmi ended up being caught by the cops on the charge that she did not possess a work visa. The pimp paid RM 500 to release her and shockingly, the bribe was paid in the police station itself. Laxmi also saw money being exchanged between the two pimps. One night, she managed to escape from the hotel and went to BPEL’s office which was closed. But fortunately, an informant of Tenaganita, an NGO in Malaysia that works for the rights of migrant workers and trafficked victims, rescued her and brought her to their office.

In this case, like all other cases of Indian migrant workers in Malaysia, the age and passport of the woman had been altered. The woman did not have a work permit and had been issued a visa for a social visit. This was how agents cheated migrant workers, so that they could easily force them into prostitution.

“Over the years we have been managing many rescues and cases of Indian domestic workers who have been trafficked. The women stay in our shelter till we make arrangements for them to be repatriated to India,” says Aegile Fernandez, Director of Tenaganita. However, many of them do not file cases due to the stigma attached. “In more than 95% of the cases from India, the victims do not want to file a case with the police because of shame and taboo. There are many victims who do not want to go back to their families and we have had to refer them to NGOs in India for support, ” adds Fernandez.

Brickfields, also known as ‘Little India’ in Malaysia, has the highest number of Indian residents and most cases of violation and abuse of migrant workers are reported from here as it is home to many restaurants and businesses. There is a recent trend of girls as young as 15-17 years of age being brought to Malaysia and coerced into the flesh trade.

“Last year, during our ground work in the area of Brickfields, we came across 10 young girls between 15-17 years of age from India, who were forced into prostitution. Everyday, the traffickers would be watching over them. They looked frightened but managed to make signs indicating that they needed our help. We filed a police report and they were rescued,” says Fernandez.

The Indian High Commission has tried to fight this problem in the early 2000s by insisting on a tight contract for migrant workers in Malaysia.The employer is required to sign a bond which is part of the contract and has to pay a certain amount (nearly RM 50,000-90,000). In case of any violations or abuse, the amount is forfeited. “The contract was put in place to deter Indian women from being abused in Malaysia,” says Fernandez.