By R.K. Radhakrishnan
No comments

Each flight that takes off from India to Gulf Cooperation Council (GCC) countries has in it many Indian workers hoping to fulfil a dream: to make a decent living for themselves and their families.

Tens of thousands of workers in the prime of their youth from across India make a beeline for jobs in West Asia. Until June this year, almost 1.84 lakh such workers took the emigration clearance required (ECR) route to reach these destinations. In 2016, 5.07 lakh workers landed in countries in West Asia; in 2015 the number was almost 7.6 lakh. The ECR stamp means that the labourer is legal, but thousands more end up on tourist visas and work in the 18 West Asian countries.

The story turns sour for many, going by the statistics provided by most migrant labourers and non-governmental organisations (NGOs). Most labourers end up in harsh work environments, many land in jails, some die and others are tortured. Despite these distressing stories, many still flock to West Asia in search of a better future. In the last three years, the Government of India filed 182 mercy petitions across the world. The fact that just two countries—the United Arab Emirates (74) and Oman (57)—accounted for the lion’s share of these petitions tells a story that is unmistakable: one of intolerant regimes and barely human legal processes.

Legal structures are weak for domestic workers, construction labour and fishermen in the GCC countries. Although the Abu Dhabi dialogue was the first multilateral forum to broach the subject, this positive factor was largely undone by the mechanism it put in place: it decided to have country-specific negotiations instead of specific and clear-cut goals for each of the worker-recipient countries to work towards.

As a result, it is common to come across instances of passports of workers being impounded and kept with the licence holder or contractor, poor pay for long hours of work, and near-zero access to legal services.

Besides, the conduct of court proceedings is in Arabic, a language alien to most workers from outside the region. India has memoranda of understanding (MoUs) in place on workers with many of these countries but none of these addresses the burning issues that are constantly highlighted by the continuing abuse and exploitation of Indian migrant workers. 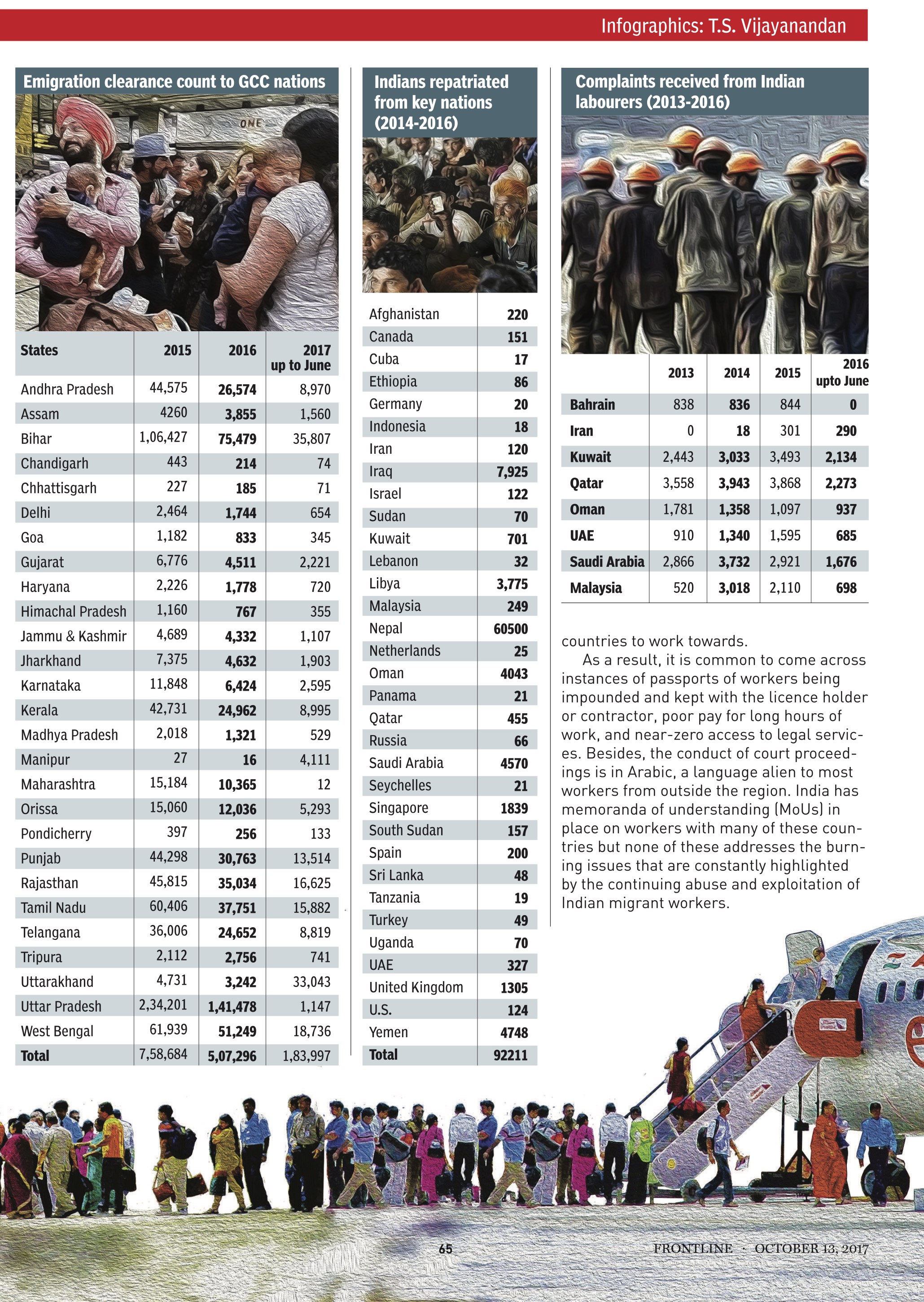