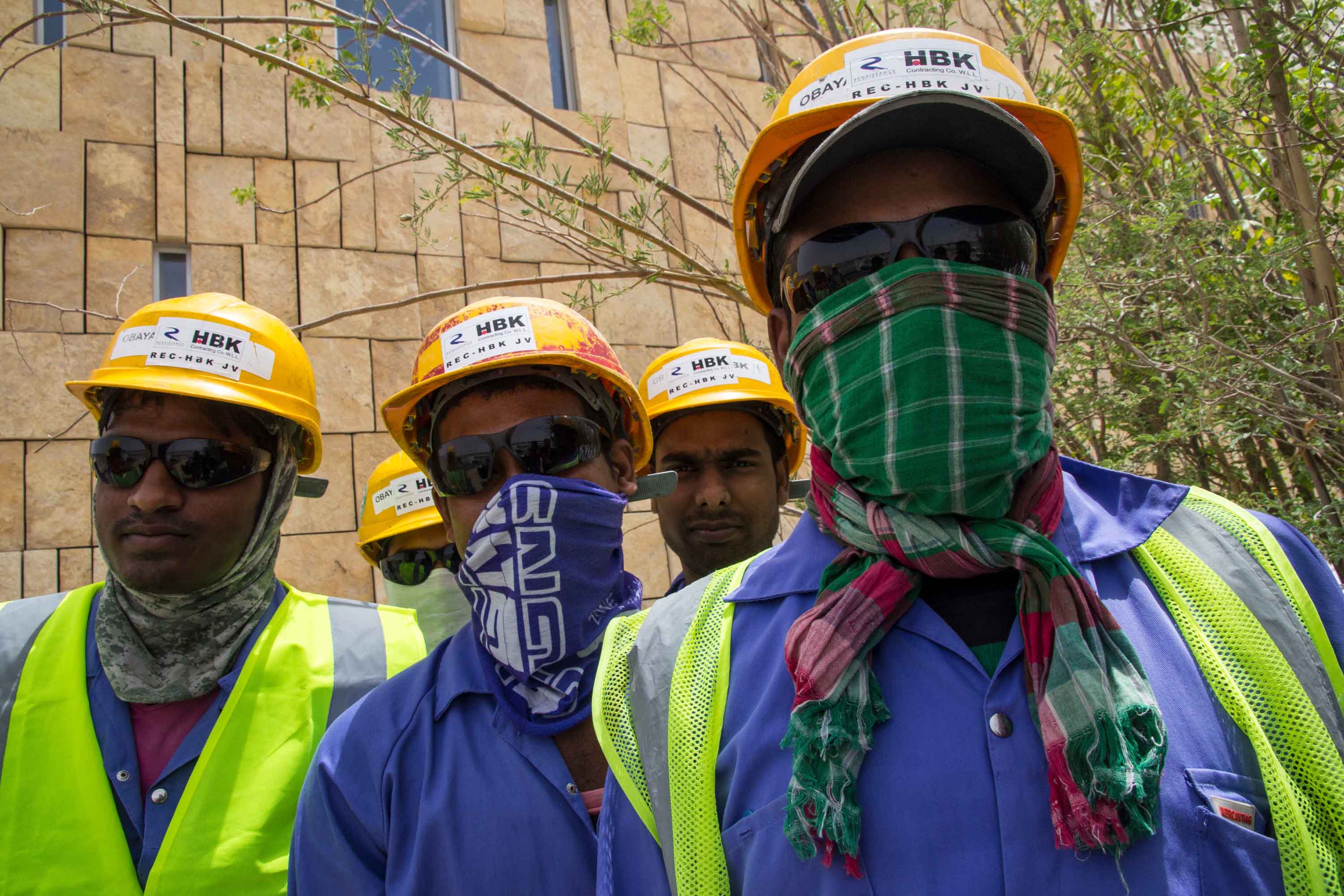 Qatar is reforming labour laws, but is Nepal?

Under sustained international criticism Qatar has reformed its controversial laws governing migrant workers. But for significant improvement in labour conditions there have to be changes in the way the Nepal government and recruiters treat their own workers.

After Qatar’s king approved an amendment to the law last week, more than 400,000 Nepali migrant workers, mostly hired for construction of infrastructure for the 2022 FIFA World Cup, are hopeful it will now be easier for Nepalis to return home or switch jobs more easily.

The new law will affect all 1.8 million foreign workers in the Gulf state, 400,000 of whom, are Nepalis.

Unskilled and illiterate migrant workers from Nepal and other South Asian countries are expected to benefit the most from reforms in the notorious ‘kafala’ system. “We are happy that there will be less restrictions on us,” says Kumar Karki, a Doha-based Nepali migrant worker.

Kafala allowed Qatari employers to treat foreign workers like bonded labourers, requiring workers to have the employer’s permission to leave Qatar or join other companies even after the end of a fixed-term contract. “You cannot return home even if a relative dies, you cannot find a job elsewhere even if you do not get your promised salaries,” says Abhiman Singh Lama. a Qatar returnee now working for Prabasi Nepali Coordination Committee. “Kafala used to give unlimited arbitrary power to employers.”

As soon as migrant workers reach Qatar, their passports are seized. And if they attempt to escape an employer, they would be rendered illegal and slapped with a heavy fine.

Qatar-based Nepali entrepreneur TB Karki told Nepali Times by phone: “It’s a great start, and we hope more reforms are on the way.”

Despite the reforms in Qatar, however, the Nepal government itself is dragging its feet to reduce exploitation and abuse of its own workers. The proposal for zero cost migration, for instance, is still in limbo.

“Kafala system is not the sole reason behind the suffering of Nepalis in the Gulf , Nepal first needs to stop sending unskilled workers like cattle,” says Karki. After winning the 2022 World Cup bid Qatar has been hiring more Nepali workers than any other country. But this has increased the risk of death and exploitation. Nearly 200 Nepalis died in Qatar alone in 2014, and there are complaints about being denied promised salaries, overtime payment and other facilities.

Nepal’s former ambassador to Qatar Surya Nath Mishra says the source of most problems facing Nepali migrant workers is actually in Nepal itself. “There is a cut-throat competition among Nepali labour recruiters, and they lie to uneducated youth about salaries and facilities,” he explains. “They make fake contract letters to mislead workers, and some Nepali labour authorities are involved.”

Mishra says Nepal’s own Foreign Employment Act 2007 is full of flaws and loop-holes. “Qatar’s Kafala system is a medieval law, and it needs to be reformed,” he says. “But before that, we need to reform our own law.”

One such loophole is Article 15 of the Labour Act that allows the Chambers of Commerce of Gulf countries to attest documents related to recruitment of Nepali migrant workers. Labour recruiters have been duping Nepali workers by getting fake documents attested by unreliable and unaccountable agencies.

The Nepal embassy in Doha has been operating without an ambassador for more than one year, and protecting migrant worker rights has never been a priority there. A bilateral agreement on labour signed in 2004 has not yet been renewed, and Nepal has been announcing a minimum wage on its own even though Qatari companies are not obliged to pay minimum wage.

“Nepal needs to renew the labour agreement with Qatar, convince Qatari authorities to raise the minimum wage and focus on sending skilled manpower,” says Karki. This year the Labour Ministry in Kathmandu said Nepali workers going to Malaysia and six Gulf countries need not pay for their air tickets and visa fees. The policy faced stiff resistance from labour recruiters, and a committee was formed to review it.

With the government changed, no one knows what will happen to that policy. Says former Labour Minister Tek Bahadur Gurung: “If the new government cares about poor Nepali migrant workers, the policy should be implemented. But I am not very hopeful.”