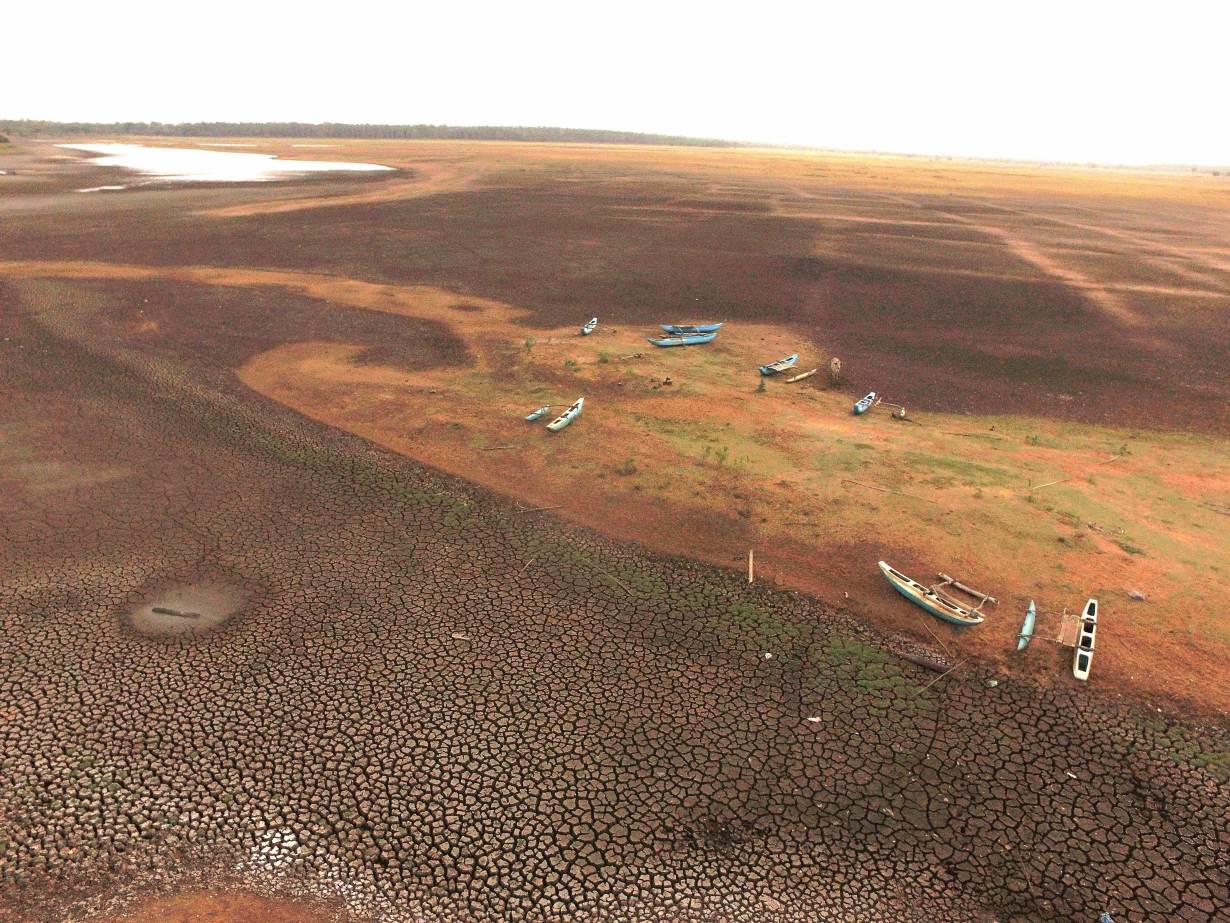 Scorched by a 10-month drought that has killed crops and reduced residents to buying trucked-in water, Adigama’s young people are voting with their feet.

At least 150 youth have left this agricultural village 170 km northwest of Sri Lanka’s capital since the drought began, looking for jobs in the country’s cities, or overseas, village officials say.

Few are expected to come back, even when the rains end.

“If they get the lowest paying job overseas, or in a garment factory, they will not return,” said Sisira Kumara, the main government administrative officer in the village of 416 families.

“They will work at construction sites or as office helpers, anything they can get their hands on. The ambition is go aboard, to the Middle East or East Asia – but that takes time,” said Kumara, as he walked through a dried and long-abandoned maize plot.

W.M. Suranga, a 23-year-old who left his family’s withering paddy rice field six months ago for Colombo, said working for low wages in the city is at least preferable to struggling with no rain at home.

“At least I am sure of a pay check at the end of the month. This uncertainly of depending on the rains is too much of a risk,” he said.

As Sri Lanka struggles with its worst drought in 40 years, farmers in the hardest hit areas are migrating for work – with some wondering whether farming remains a viable career as climate change brings more frequent extreme weather.

“There is no income here. All the crops have failed in the last four seasons,” Kumara said.

Paddy rice and vegetables are usually the main source of income in Adigama. But since the last big rains in July 2016, there has been little to no harvest.

Older villagers like Rajakaruna Amaradasa, 55, say that at their age they don’t have the option of looking outside the village for a new life.

After four decades of harvesting rice and herding cattle, he abandoned his paddy fields earlier this year when his harvest failed, and now spends his days moving his cattle around looking for scarce water.

“It will take us another two to three harvests to recover our losses and pay off any debt. Even then it all depends on the rain,” Amaradasa said.

Sri Lanka’s drought, which by mid-August had affected 19 of the island’s 25 districts, has particularly devastated arid regions that lie outside the country’s wet western plains and mountains.

A joint report by the World Food Programme and the U.N. Food and Agriculture Organization, released in mid-June, classified the drought as worst in 40 years.

It predicted rice production this year in Sri Lanka would be almost 40 percent less than last year, and 35 percent lower than the five-year average. That amounts to the lowest harvest since 2004, it said.

It also warned that Sri Lanka “is highly susceptible to climate change, and therefore the frequency of the weather hazards will likely increase as the earth warms.”

The impact on Sri Lanka’s economy is also likely to be substantial, with more than a quarter of the country’s labour force working in agriculture, a sector that contributes 8 percent of GDP, the report said.

The situation is worst in villages like Adigama that rely almost entirely on rain to grow crops.

Suranga, the Adigama youth now working in Colombo, said he has no plans to return home. Instead he dreams of traveling to the Middle East as a construction worker.

“What is the guarantee there will be no more droughts or floods?” he asks. “When my father was my age, maybe the rains were much more predictable. Now only a fool will bet on the rains.”