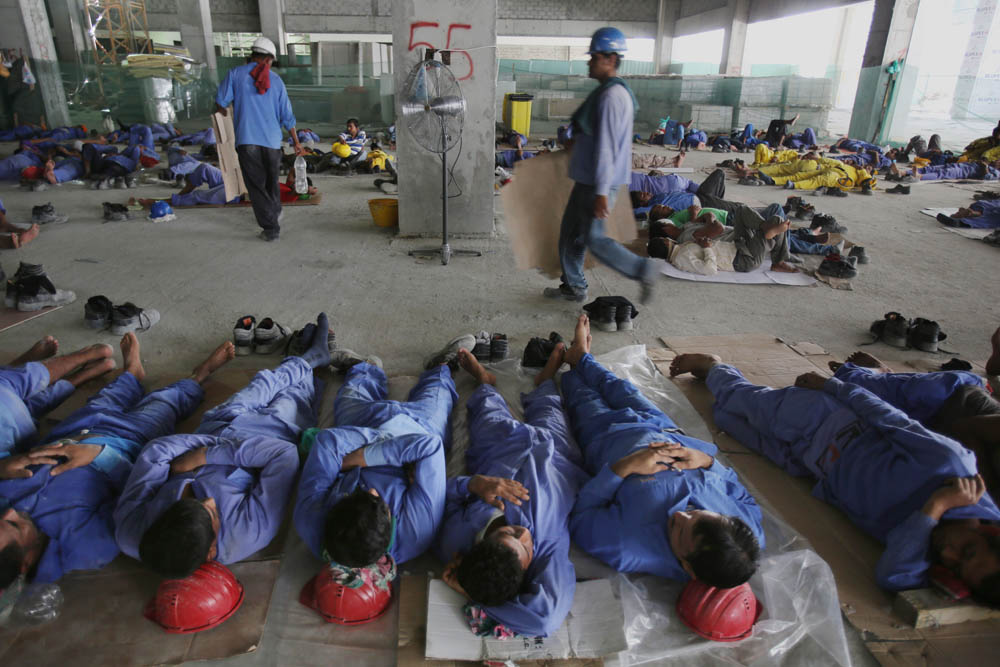 Foreign remittances sent by Pakistanis working abroad are around six per cent of the country’s Gross Domestic Product (GDP) and hint at the huge number of labour migrants who have left for foreign lands to earn their livelihood. If we go with official figures, more than eight million Pakistanis have officially proceeded abroad for employment between 1971 and 2015. An overwhelming percentage of this population is based in the six Gulf Cooperation Council countries (GCC), including Saudi Arabia.

The process of economic migration continues as these countries have a high demand for foreign migrant labour, both skilled and unskilled, for sectors such as construction. This sector got a boost with the oil wealth pouring in this region. Though there is a slump in economies of these countries due to the oil price crash, they are struggling to make a recovery. For example, Saudi Arabia has plans to add diversity to its economy and increase its dependence on non-oil revenue.

So, one can assume that the demand for migrant labour in this region will remain high and make aspirants find ways, sources and links to reach their dream destinations. But this entails risks as well. There have been a large number of complaints by people who were sold visas illegally at exorbitant costs by friends, relatives, recruitment agents etc for high paying jobs in the Middle East. But what happens is that when one reaches there, there is hardly any job or if there is one it is on totally different terms and conditions than what had been promised in Pakistan. The trapped migrants either resort to beggary for survival or spend years working on low salaries to serve the debt they or their families had got to send them abroad.

It is a matter of great concern that despite measures by both destination and home countries to check this illegal practice, this trade flourishes and plays havoc with the lives of poor migrant workers. The dynamics of this trade and reasons behind its growth need to be explored for finding solutions to the woes of the migrant labour trapped abroad.

The case of Arif (name withheld on request) is just an example of how the illiterate and unskilled people are made to believe in things that do not actually exist. He is currently in Dubai and doing the job of a contract labourer at a rate as low as 600 UAE dirhams per month that work out to be around Rs18,000 in Pakistani currency. While in his village near Mandi Bahauddin district in Pakistan, he was promised a job worth 1500 UAE dirhams (Rs45,000) per month and shown a career path that could make it possible for him to earn up to 3000 UAE dirhams (Rs90,000) per month within a time of two years.

The process of economic migration continues as the Gulf countries have a high demand for foreign migrant labour, both skilled and unskilled, for sectors such as construction.

The agent who sent him to Dubai contacted him though a close relative and charged Rs350,000 from him. Arif convinced his mother to sell her jewellery to arrange funds for this purpose. “He was well-dressed, wore a gold bracelet and Rolex watch and came on new car. He told me he was a pauper 10 years ago before leaving for the Gulf, and I could not resist the charm,” Arif recalls.

This trend is not new and has been there for decades. For example, in 2005, passports of UAE nationals were used to get free work visas issued for personal residential staff like drivers, maids, cooks, gardeners etc and then sold for high price to desperate illegal immigrants.

Similarly, there are complaints that certain companies or their human resource staff who are provided a number of employment visas for foreign nationals sell them to aspirants through their agents, middlemen or front men in their home countries. There are cases as well where migrant workers returning to Pakistan for vacation buy visas for their relatives, friends, etc. and sell these for a good price while they are here. 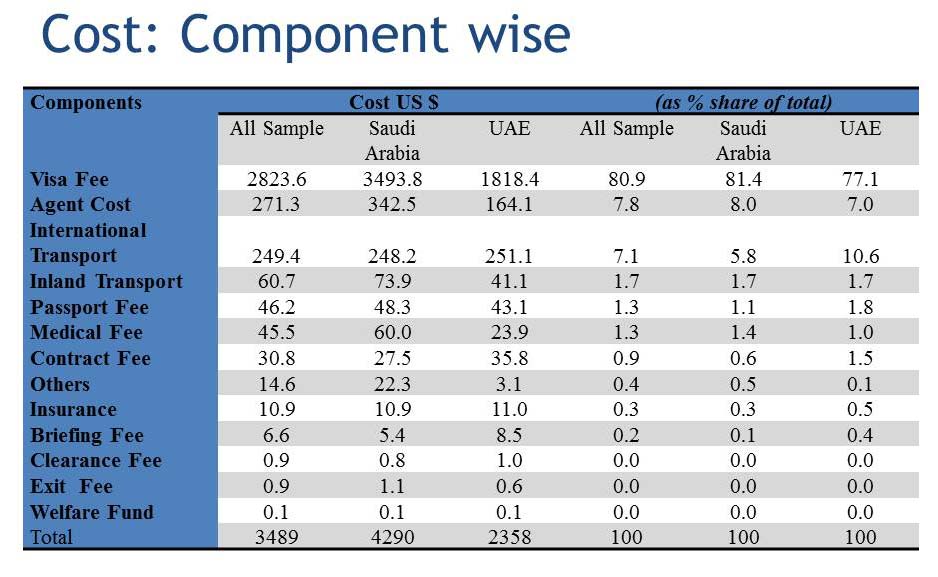 He says, “The high costs for the visa application bring low-skilled labour migrants into severe financial trouble. They have to lend money from their relatives, from colleagues or friends to go abroad. These migrants are dependent on their Kafil after their arrival in the Gulf countries.”

Sons says, “He (the low-skilled labour migrant) is not only responsible for earning money for his family, but also to pay back the debts. This financial burden and psychological pressure are too taxing for the migrants.”

On average, he says, “The visa application through recruitment agencies costs more than 80 per cent of the total traveling costs to Saudi Arabia which is around 4,300 USD. Although the Pakistani government has worked on reducing these costs and to prevent misuse, the recruitment mafia has established an opaque network in the official administration and the migrant-sending rural areas to counter all government measures.”

The ILO Pakistan, in collaboration with provincial and government departments, has set up mechanisms to check malpractices in this regard. Two Migrant Resource Centers (MRCs) have already been set up in two cities — Islamabad and Lahore — to educate aspirants on safe labour migration and provide support to those who have complaints against their employers, recruitment agents etc.

A study report “ILO’s South Asian Migrant Labour” points out that “Malpractice and abuse, including high fees, misrepresentation of the jobs, failure to meet placement obligations and contract substitution, are typical across South Asia’s recruitment industry, which is largely managed by the private sector.” It adds that “often combined with low wages, the abuse leads to a heavy debt burden for workers. Low-skilled and poorly educated workers often are unable to distinguish between the genuine and the unscrupulous agents and intermediaries in the wide range confronting them. The current regulation of recruitment agencies tends to be ineffective.”

In 2012, the ILO estimated that some 600,000 migrants are trapped in forced labour conditions in the Middle East. Domestic workers are particularly vulnerable to abuse because they work in isolation in private homes. Employers’ illegal confiscation of workers’ identity and travel documents is a common practice, as is the signing of second contracts with lower wages and modified work and living conditions.

Dr Nasir Iqbal of Pakistan Institute for Development Economics (PIDE), says, “Out of the total economic migrants from Pakistan, about 96 per cent have proceeded to the six GCC member states — Saudi Arabia, UAE, Kuwait, Oman, Qatar and Bahrain.” Based on his study titled Labour Migration from Pakistan, he says they conducted a survey in six districts of the country with highest rate of labour migration and interviewed 620 respondents to find out the conditions in which people migrate. It was observed that the cost of visa had the highest share or the main share of the total cost of migration. (See table).

He says this is illegal as private recruitment agencies cannot charge migrants for visa. “The ILO Convention on Private Employment Agencies clearly mentions that private employment agencies shall not charge directly or indirectly, in whole or in part, any fees or costs from workers.”

(Originally published in the News on Sunday, Pakistan.)