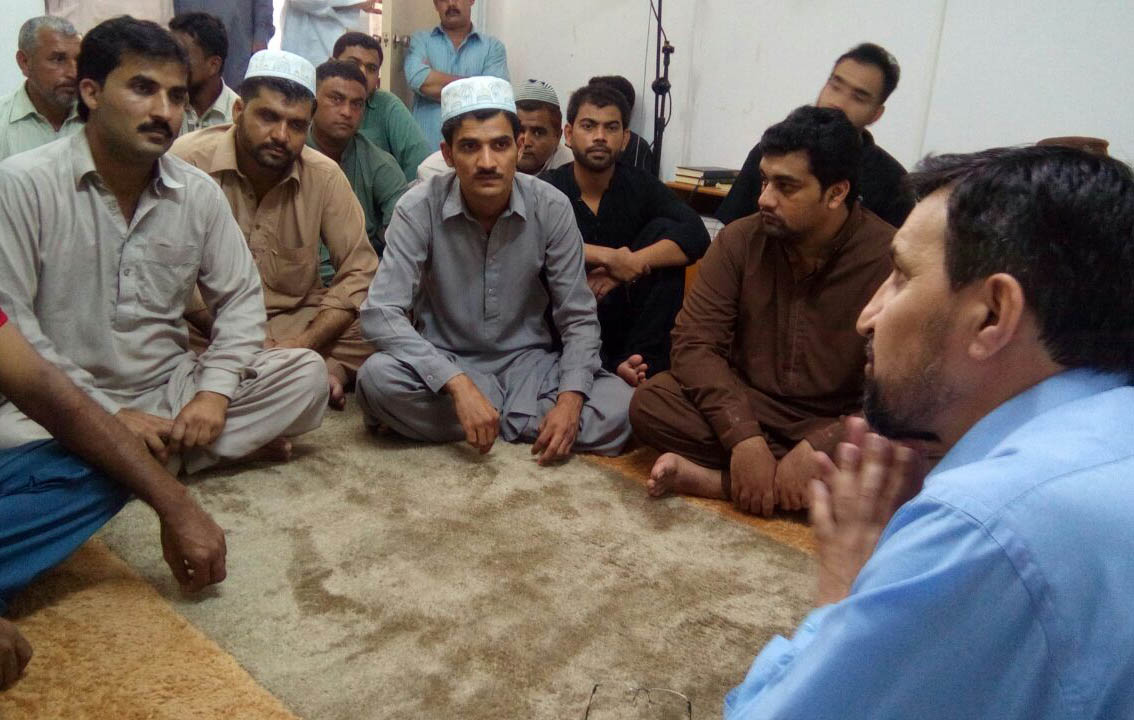 Out of work across the sea

Thousands of Pakistani migrant workers are stranded in Saudi Arabia, and experts predict the situation will only worsen with the plummeting oil prices

Shahzad Hussain, father of a young son, belongs to district Sheikhupura in Punjab. Around six months ago, he borrowed Rs600,000 from his relatives and friends to go to Jeddah, Saudi Arabia, for work and to realise his dream of carving a fortune out there. Since his childhood, he was inspired by some of fellow villagers who had left for the greener pastures decades ago and earned loads of money there.

But once he reached Jeddah he went through a totally unexpected experience. The kafeel (local sponsor), he shares, confiscated his passport and demanded SAR5,000 for a job for him. While talking on the phone, he says, “I complied with this undue demand and was awarded work against a paltry salary of SAR800 but only for a couple of months.”

For the last three months, Hussain complains, he has been jobless, hence rendered penniless. He misses his family and says, “I want to go home but my passport is with my kafeel. He demands money from me if I want it back.”

Hussain warns aspiring labour migrants against coming to Saudi Arabia. “There are no jobs though recruitment agents dupe people into buying visas in connivance with their accomplices placed abroad,” he says.

Ali Zia is another resident of the same district who sold his two buffalos, his wife’s jewellery and borrowed some money to pay a recruitment agent to find a job in Saudi Arabia. “When I reached the land of my dreams I found thousands of jobless Pakistani workers struggling to get their unpaid wages and finding it hard to feed themselves. The number of stranded workers from other Asian countries was even larger.”

Zia says, “When I reached Jeddah, the kafeel took away my passport and other documents. I was not taken to work even for a day and was given food just once in 24 hours,” he laments, continuing that he fell ill after three weeks of his arrival in Jeddah but he could not see a doctor as he did not have his passport or iqama (work permit) with him.

Zia’s relatives contacted his kafeel through the recruitment agent he had engaged and somehow got the passport back for him.

It is obvious that the players in the multimillion dollar international labour recruitment market want to make money regardless of what goes on in the destination countries. “At a time when Saudi Arabian companies were laying off workers in the construction industry in hordes, newspapers in Pakistan were full of ads about jobs in the same sector. The worst was that there was no intervention by the Pakistan government that should have informed people about the exact situation in Saudi Arabia,” he says.

“When I reached Jeddah, the kafeel took away my passport and other documents. I was not taken to work even for a day and was given food just once in 24 hours,” says Ali Zia.

These are just two of the thousands of heart-wrenching case studies of migrant labourers from Pakistan who are stranded in Saudi Arabia. Most of them have lost their jobs in the construction sector and have not been paid their salaries for months. In some cases there is a backlog of even six to eight months. The workers who are desperate to return home cannot do that without getting their unpaid salaries and end-of-service benefits. Just one company Saudi Oger Limited has laid off 8,000 Pakistani workers.

The employers on the other hand are not returning the passports as they will have to clear the outstanding dues in that case.

So, what has transpired over time and led to this crisis?

Shahid Ghani, CEO, Life Consultants, a foreign education adviser and career counsellor, says the situation was not as bad in 2014 when oil prices were stable. “They began to plummet then and started having a heavy toll on the financial strength of Saudi Arabia. The prices that hovered around $100 per barrel plummeted to around $26 per barrel over time and still the pace of recovery is quite slow.”

Ghani, who regularly studies global job markets, adds, “The extraordinary dependence of Saudi Arabia on oil revenues impacted its financial health and it had to stop or slow down payments to private companies that as a result stopped paying salaries to their workers and laid them off in large numbers.”

One example is of Saudi Binladin Group that has terminated jobs of more than 50,000 workers.

Apart from non-clearance of dues by the government, the company has been barred from taking on new projects in the country until the investigation into a crane collapse incident at the Grand Mosque in Mecca is completed. More than 100,000 people died in this tragedy last year.

Economic experts believe that the situation is going to worsen for migrant workers as Saudi Arabia plans to shift from an oil-dependent economy to one focused on tourism, finance, manufacturing, services etc. The country has also announced that it is going to cut subsidies, increase visa fees manifold, boost the amount of fines for law violations and impose hefty fees that will make it difficult for migrant workers to save enough to be sent back home.

It is feared that due to the escalating cost of importing manpower more jobs will go to the locals. Besides, countries like Pakistan will have to produce manpower for sectors other than construction to keep their share in the Saudi job market and keep the foreign remittances coming in. This is crucial as remittances from the Gulf region to Pakistan have plummeted by 20 per cent according to figures released by the State Bank of Pakistan last week.

Nafees Zakariya, the spokesman for Pakistan’s Foreign Office, says it is not true that the government is not playing its part. Instead, he adds, the Pakistani workers in the camps are kept well. “The Pakistani ambassador in Saudi Arabia is visiting the camps and listening to the workers’ problems. In Dammam, we are paying SAR200 per month to the workers to cover their basic expenses.”

He says usually companies pay for food to their employees but when this support was discontinued, the embassy extended its support. “The day we gave them food, the company informed us that their food supply would be resumed. In case the supply is discontinued, we will immediately give them cash to cover these expenses.”

On perceptions of nationals of other countries getting better treatment than Pakistanis, Zakriya says, “A policy of a country never varies on the basis of nationality. Whatever facility is offered, it is offered across the board. Besides Pakistan, there are nationals of many countries including some Saudi nationals. The King has also directed the companies to settle their dues.”

A common complaint among the stranded workers is that though there are rules and safeguards that protect them from exploitation, implementation is an issue. For example, under the rules an employer who keeps the passports of his employees will be fined SAR2,000 and one who does not provide a copy of the contract to workers will be fined SAR5,000. A fine of up to SAR15,000 can be imposed on employers forcing workers to do jobs not specified in the contract.

Ahmed Saleem, a Pakistani worker in Dammam, is caught in a legal battle against his employer and wants the Pakistani government to intervene. He says, over the telephone, that after failing to get his outstanding dues cleared, he decided to file a case against his employer in the labour court in March. “I have been attending the court regularly but no one has appeared on behalf of the defendant. The court assures me and says ‘we will call you when your opponent attends the court.’ They also say they do not have any data of my case,” he narrates.

(Originally published on The News on Sunday, Pakistan.)