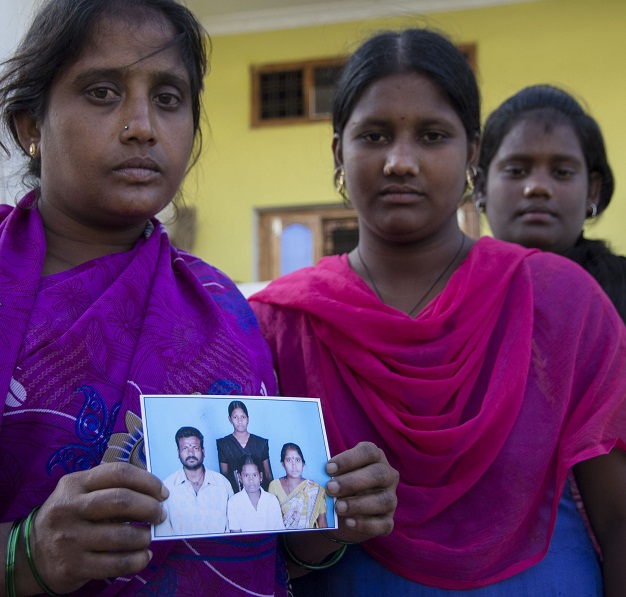 By Pattabi Raman
No comments

More than 4 lakh people hailing from Telangana work in Gulf countries. They are often unaware of the politics, economy, cultural system or even the climate of their destination.

As the plane crosses the terrain of Muscat towards Doha, Jyoti and Kumari look in wonder at the 3D display in front of them running images of the Middle East landscape. The duo hail from a village near Hyderabad and are on their way to Qatar through an agent, to work as domestic workers. Both women come from an agricultural background and had to flee their hometown owing to a financial crisis. They are not aware of the politics, economy, cultural system or even the climate of their destination. They say they will be received by a local agent to take them to their place of work.

“More than 4 lakh people hailing from Telangana work in Gulf countries,” says Bheem Reddy, President of the Trade Union Coordination Centre for Telangana state. He is on his way to Qatar to attend a diplomacy training program organised by the Migrant Forum of Asia. “It is a pity that almost every week a dead body arrives at the Hyderabad international airport, according to our records,” says Reddy.

Since February 2013, a driver named Rajnikant has been in Al Aweer jail in Dubai, reportedly for using a banned tablet. As I passed by Kammarpally town in Telangana, it was surprising to know that even a bus conductor was aware about Rajnikant’s case. Employed as a driver in UAE, Rajnikant was booked under drug-trafficking charges and jailed after his family sent him Tramadol tablets by courier, following a doctor’s prescription. The drug happens to be banned in UAE which led to his arrest. “Neither the embassy nor our politicians were able to help us,” says his wife Kavitha Rajnikanth. “The drug was not banned in India and so we weren’t aware of it,” she says.

Bheem Reddy says that it is the lack of pre-departure orientation in the airports and related awareness about the country that leads to such issues.

Lakkora is another small town in Telangana that has another such story. Sridhar Goud who worked as an airport cleaner in Bahrain, died on October 9, 2015. However, his dead body arrived by flight from Bahrain to Hyderabad only on the night of November 17.

The Telangana government’s NRI department had to arrange a free ambulance service to transport the coffin to his village and the funeral was finally held the next day. When Sridhar’s wife Sujatha received the phone call about his death from his line manager, she could hardly process the news. He had spoken to her less than 12 hours before the time of death, she says. According to the information provided, he died from severe alcohol consumption. “We have two teenage daughters and not a single penny of saving, nor our own house. The insurance money is also not settled. Our future is bleak,” says Sujatha.

Sai Krishna, a research scholar of Osmania University working on issues of migration, cites a couple of other cases. Ambati Ashok of Edapalli village, Nizamabad district went missing in Qatar during his work period. He had gone to Qatar to work with a construction company in July 2015. In another incident, Gone Gangaram of Ambam village was deported to India due to mental illness.

Most of these people should have a yellow ration card meant for people below the poverty line. But sometimes, government officials assume they are wealthy because the family’s breadwinners work in the Gulf and they change it to a white card, meant for those with an annual income of over Rs 1 lakh.

“These regions were politically sensitive two decades ago because of the Naxal movement, but now issues of these migrant families dominant in the community here,” says Sai Krishna.

It is painful to read the copy of the request letter sent by Maseedu Sattamma to the Saudi Arabia embassy requesting her husband’s dead body to be sent to India. It’s been 55 days since he died in a road accident in the Al Qassim region of the country while working at a construction firm. Maseedu claims to only have a temporary Antyodaya food security coupon given by the Telangana government for survival.

The author is a photojournalist based in India and specialises in socio-economic, socio-cultural and environment issues.