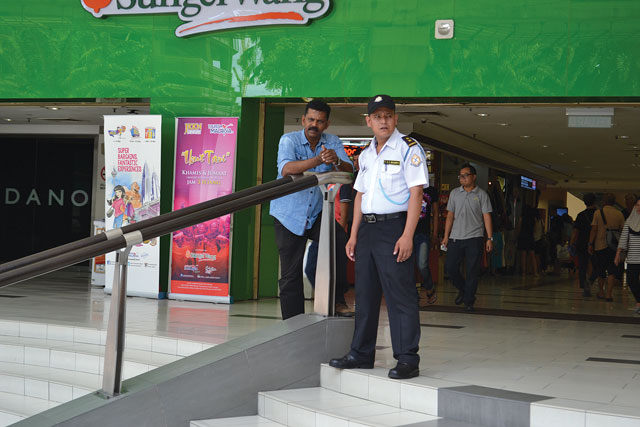 Nepali workers are unlawfully forced to become ‘illegal’ by unscrupulous employers, recruiters and the government.

When Malaysia launched a massive crackdown on illegal migrant workers in 2014, thousands of Nepalis without passports here were left with only two options: return home or get arrested.

To return home without passports, Nepali workers would require travel documents. But the Nepali embassy in Kuala Lumpur was under-staffed, and issuing travel documents for so many of them at such short notice was not possible.

The usually slothful embassy staff worked extra hard to protect fellow-Nepalis from being detained by Malaysian immigration authorities. They worked all night, issuing travel documents as thousands of anxious Nepalis waited outside. The crackdown tapered off in a few days, but the embassy kept sending back Nepalis deemed illegal by Malaysia.

Most of those detained are classified as illegal because they lack proper documents, not because they committed any crime. They just happen to be poor and vulnerable, and trying to earn enough to support families back home. Many lack papers because they were exploited by Nepali recruiters, or thrown out by Malaysian employers without documents.

Malaysia is obsessed with managing foreign workers, often jailing undocumented immigrants, and occasionally declaring amnesties. Even now, after the sudden temporary ban on the intake of foreign labourers in February, there is a chance ‘illegal’ migrant could be rehired by new employers. But this rehiring program, a new amnesty period, or a fresh crackdown mean nothing unless Malaysia realises why and how a migrant worker becomes ‘illegal’ in the first place.

Resam Bohara (pictured, above) is a security guard in Kuala Lumpur and came to Malaysia as a legal migrant worker in 2010. One year later, he failed a health test, and was disqualified to work. His supervisor did not send him back, but demanded a bribe of 3,000 Ringgits ($747).

Bohara did not have money, but promised to find it. A few weeks later, he damaged a mop and the supervisor threatened to cut one month’s pay. Bohara got angry, and demanded his due salary and passport which was refused. Without passport and job, Bohara became ‘illegal’. For the next four years, he has kept changing his workplace to avoid arrest, earning a reduced salary. He has finally got a passport, and says he will return to Nepal soon.

There are many similar stories of migrant workers in Malaysia not just from Nepal but also Bangladesh, Indonesia, Vietnam and the Philippines who are ‘illegal’. In some cases, workers who do not get promised salaries join other companies and have to leave their passports behind. In other cases employers don’t bother to get their work visas renewed.

Three Nepali workers from Rautahat have been working ‘illegally’ in a pipe factory in Klang for the last four months. Their visa expired in January, but the company did not bother to have it renewed. If the immigration authorities raid the factory, they will get arrested. They haven’t committed any crime, but they are ‘illegal’.

Once ‘illegal’, migrant workers always have to be on the run, and earn less. They cannot go to the police even if they are harassed, robbed and beaten. Corruption is so rife that Malaysian politicians, bureaucrats and employers together with Nepali recruitment agencies have created a system to fleece Nepali workers by making them unlawful migrants.

It is illegal for employers to hold employees’ passports in Malaysia, but migrant workers are victims of this unlawful practice. Unless Malaysia cleans up its act, it will be known as a country that exploits workers’ rights, tainting its prosperity and growth.