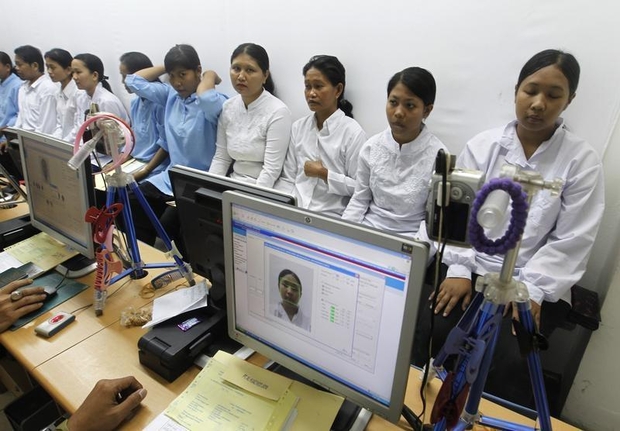 Qatar’s migrant mothers toil for a pittance, continents from their children

On an average day, Faith sends nearly 100 messages on WhatsApp to her children and family back home in Nairobi, Kenya. “It’s cheaper than calling,” she said. “And I’m only working in Qatar to support them.”

In Nairobi, Faith, who asked that her real name not be disclosed, operated her own car rental company, but the earnings were barely enough for her to survive as a single mother.

After going through a recruitment agent in Kenya, Faith arrived in September 2013 to work as a driver in Doha.

Ferrying Qataris safely to and from their destinations has come at a high price for drivers such as Faith, who are not only separated from their own children, but remain subject to myriad legal and contractual restrictions that curtail their ability to visit their families.

Like many countries in the Gulf, Qatar is highly dependent on foreign labour. At least 90 percent of the country’s 2.1 million inhabitants are migrant workers, largely drawn from Asia and Africa.

While men dominate the building industry, female migrants often take up essential, but less visible, roles as the nannies, maids, and drivers who sustain Qatari families.

“Migrant women are deliberately imported to perform intimate labour. They are brought in to parent the children of citizens,” wrote Pardis Mahdavi, professor of international studies at the University of Denver, in her 2016 book Crossing the Gulf: Love and Family in Migrant Lives.

However, migrant workers face substantial challenges working in the country. In order to find a job and enter the country, for example, at least two-thirds of Nepali workers – one of the largest groups in the construction sector – pay high recruitment fees that are excessive or illegal, according to a 2017 Amnesty International survey.

Once they arrive, labour conditions are rife with exploitation and abuse, according to Amnesty. Migrants report late or unpaid wages and often face the illegal confiscation of their passports by employers.

On top of this, many migrant workers complain that both Qatari laws and restrictive employment contracts split up families.

Qatari officials did not respond to multiple requests for comment.

According to Qatari rules, employees must earn more than $1,920 a month to gain visas for family members. Drivers such as Faith take home less than a third of that figure.

“These policies debilitate families and separate them across the transnational divide,” said Professor Andrew Gardner, a scholar of migrant labour in the Gulf at the University of Puget Sound.

Even if she could sponsor her children, it is unlikely Faith could house them. Due to the high cost of living, few migrant workers can afford to stay outside of company-sponsored accommodation, typically dormitories which are ill-suited for housing dependants.

“If they allowed us to bring our kids, where would they sleep? There is no space here,” said Kenyan driver and single mother Evelyne, waving her hand around a spartan room full of stacked bunk beds.

Evelyne, who asked for her real name not to be disclosed, lives in all-female accommodation in Najma, a settlement in Doha populated by other female migrant workers. She shares rooms, bathrooms, and kitchen space with the other female drivers.

The women sleep on bunk beds, four women to a room, and receive a medium-sized locker to store their wardrobe items, although most leave their clothes in their suitcases.

‘Tinkering with the system’

Visiting home is often arduous. Contracts commonly stipulate that employees cannot get on a plane to go home until they complete the first term of service, effectively locking them in the country. Faith was unable to return to Kenya to see her child until her one-year probation period ended.

On top of this, migrant workers remain subject to an onerous exit permit requirement, a mainstay of the controversial kafala system which ties workers to a single employer.

In December 2016, laws that were supposed to reform the system came into effect. A government-run grievance committee was also established in which employees can lodge complaints if their employer fails to provide an exit permit.

However, three months later, Reuters reported that more than 25 percent of the 760 permits that workers requested had been rejected.

“The exit permit is the most insidious part of the kafala system, and remains despite Qatar claiming to have abolished the kafala,” said Vani Saraswathi, a Doha-based editor for Migrant-Rights.org.

“Qatar has made several reforms to its kafala system, but they have largely tinkered with the system rather than removing the most abusive elements of it,” added Rothna Begum, Human Rights Watch’s women’s rights researcher on the Middle East.

In recent months, Qatar has made significant strides in labour law reforms: in November 2017 – after reportedly promising that it would end the kafala system among other reforms – it warded off an International Labour Organisation probe into human rights abuses among migrant workers.

At the time, Qatari officials supplied evidence of a wide-reaching overhaul of its labour laws, including introducing a minimum wage and allowing workers to change jobs independent of their employers.

“Qatar’s recent reform pledges to the ILO are promising, but as of now they are just that: pledges. Qatari authorities should clarify how and when these reforms will be implemented in law and practice,” said David Segall, who researches Gulf labour at NYU’s Stern Centre for Business and Human Rights.

Indeed, juggling remote motherhood and employment remains a daily struggle for migrant mothers. Often childcare duties are passed along to family members in their countries of origin. Faith, who is the primary breadwinner in her family, has entrusted the care of her eight-year-old to her mother in Nairobi.

Aside from the additional challenges they face as single mothers, female migrant workers also have to navigate the gender norms of Qatari society. On the one hand, Evelyne points out that migrant women enjoy some comparative luxuries in Qatar. “Even when you’re walking at night here, it’s very safe,” she said. Compared with Nairobi, there is a decreased number of catcalls on the street and male officials usually speak to her with respect, she said.

However, deference can be a double-edged sword. “In Qatar, you’re respected, but you still don’t matter much as a woman. They think: ‘She will not complain about the salary, but the men will.’ This is why the men will get it and the women won’t.” Evelyne said in Nairobi “women are considered strong, but are expected to work like men”.

The irony, of course, is that women like Evelyne work two jobs – one as overseas mothers, and the second as professional drivers.

“The assumption is if you take care of the men, the women are taken care of. As we know, I take care of myself.”