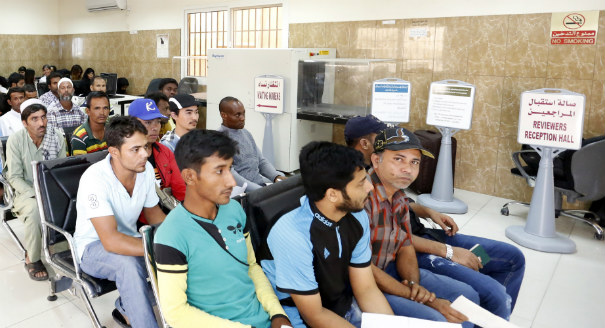 On March 22, the International Labor Organization (ILO) moved to give Qatar until November to reform its laws governing migrant labor. This builds on an ongoing investigation following a complaint lodged with the ILO in 2016 that workers are drawn into “forced labor.” The ILO will determine if Qatar’s labor laws contravene the forced labor convention, which Qatar ratified in 1998, possibly subjecting the Gulf state to scrutiny by a commission of inquiry.

With the international renown of the 2022 FIFA World Cup signaling Qatar’s arrival on the world stage, the country faces additional significant challenges—and serious demands—to clean up its labor record. Since the beginning of the year, Qatar has taken major steps to overhaul its kafala system, the legal framework governing migrant labor, and improve labor laws that currently place Qatar fifth in the Global Slavery Index. However, the essential question remains whether these reforms actually redress the deficiencies of kafala or, as some critics have noted, rebrand them.

Qatar hosts more than 1.5 million migrant workers largely drawn from Nepal, India, Bangladesh, the Philippines, and Pakistan. Migrants account for 90 percent of the country’s population, working mostly in low-wage sectors like construction and domestic employment. Until December 2016, Qatar’s migrant workers were formally regulated by the kafala system, common across the GCC. A Qatari sponsor (citizen or company) bore legal and economic responsibility for the foreign worker and often exercised a broad degree of both legal and de facto control over their terms of stay. In Qatar, complaints about kafala center on wage theft, passport confiscation, excessive recruitment fees, delayed wage payments, substandard dormitory housing, illegal contract substitutions, and an onerous requirement that employers give permission before a worker can obtain an exit visa, making it more difficult for workers to extricate themselves from abusive work environments.

In December 2016, Law Number 21 of 2015 came into effect. According to the Qatari government, the law “repealed the kafala system” and represented “a qualitative leap in employment policy” benefiting migrant workers. First, it allowed employees on a fixed-length contract to change employers, instead of requiring them to leave the country for two years to receive a new residency permit. Migrant workers on open-ended contracts, however, must first complete five years of work at their initial company. As critics point out, migrants trapped in an abusive workplace may not have completed five years of work and they will still need a certificate “which attests to the amicable end of the contractual relationship with the employer” and permission from the Ministry of Interior and Ministry of Labor and Social Affairs before they can approach a new company. When restrictions on changing employers are combined with onerous exit visa requirements, workers may not only find themselves trapped in an abusive workplace, but within the country itself—a situation that essentially amounts to forced labor.

The government claims to have abolished exit visas in January 2017, under an amendment (Law No. 1 of 2017) that states workers no longer need to inform the Ministry of Interior three days before exiting the country. However, as is common in the GCC, workers still need certified statements from their current employer of an amicable departure or a certificate outlining abuses suffered before they can receive permission to leave the country. The Ministry of Interior’s new Exit Permit Grievances Committee, formed in December 2016, allows workers denied exit visas to file complaints against their employers; however, workers will still be required to petition either the government or their employer directly for free movement. Moreover, “employers can now lawfully retain their workers’ passports—they could not before,” said Mustafa Qadri, one of the authors of a 2016 Amnesty International report on Qatar’s construction sector.* “That, by definition, creates a risk of violation of the right to freedom of movement.” The report found that all 234 workers interviewed had their passports confiscated by their employer, effectively barring them from leaving the country.

Domestic workers are perhaps the most precarious segment of the migrant laborers, though they stand to gain significant rights under proposed reforms. At present, Qatari labor laws do not mention domestic workers, effectively giving them no legal recognition—and in practice allowing sponsors to exempt them from the few protections the labor laws do offer other foreign laborers. Because of this, domestic workers cannot formally lodge complaints at the Ministry of Labor nor are they automatically given work contracts—without which they cannot furnish evidence of employment to seek redress for labor violations.

According to the Qatari government, Law No. 21 extends protections to domestic workers who previously fell outside the ambit of the law. In addition, a draft law for a common contract overseeing domestic workers was approved by Qatar’s cabinet on February 8, which will allow domestic workers to change employers and seek protection if passports are confiscated. Significantly, the law “obliges an employer to treat a domestic worker well which will safeguard his/her dignity and safety, and not expose his/her life or health to danger, or harm him/her physically or psychologically in any manner,” language that conforms to the ILO Domestic Workers Convention. Though the contract has yet to be released to the public or enter into force, workers are said to be entitled to written employment contracts; maximum workdays of ten hours; medical, food, and accommodation benefits; end-of-service bonuses; and an annual three-week paid holiday back home. The new law requires domestic workers range in age from 21 to 60 and work on a valid work permit for a maximum 10 hours a day. Moreover, if employers are found to have violated a contract, they are subject to increased fines of between 5,000 and 10,000 Qatari riyals (approximately $1,373 to $2,746).

Despite these reforms, continued difficulties in changing employers and obtaining exit visas leave migrant workers extremely vulnerable. In particular, the ability of migrant laborers to combat abuses has been crippled by the fact that it remains illegal for foreign workers to form or join labor unions. However, while reforms “fail to adequately strike at the most problematic aspects of the kafala system, such as restrictions on changing employers or freely leaving the country, they signal that the government accepts responsibility to improve the situation,” noted David Segall, a policy associate at the NYU Stern Center for Business and Human Rights.* Likewise, Qadri said, “the recent reforms and the ILO review process is a unique opportunity for Qatar and businesses in the country to demonstrate their commitment to improve labor standards.”

While the ILO reviews Qatar’s labor practices ahead of the November deadline, the most crucial actors in further meaningful reforms may be corporations, who directly regulate the lives of their employees. “Companies still have the power to block workers from leaving the country, which is an outright human rights violation and which drives forced labor,” said Amnesty deputy director James Lynch.* “Workers are also still tied to one employer for the duration of their contract—which can be as long as five years—which makes it extremely difficult for them to challenge abusive working conditions.” Given Qatar’s ongoing probe on forced labor, a more aggressive crackdown on company negligence may be required to institute the full scale of its reforms.