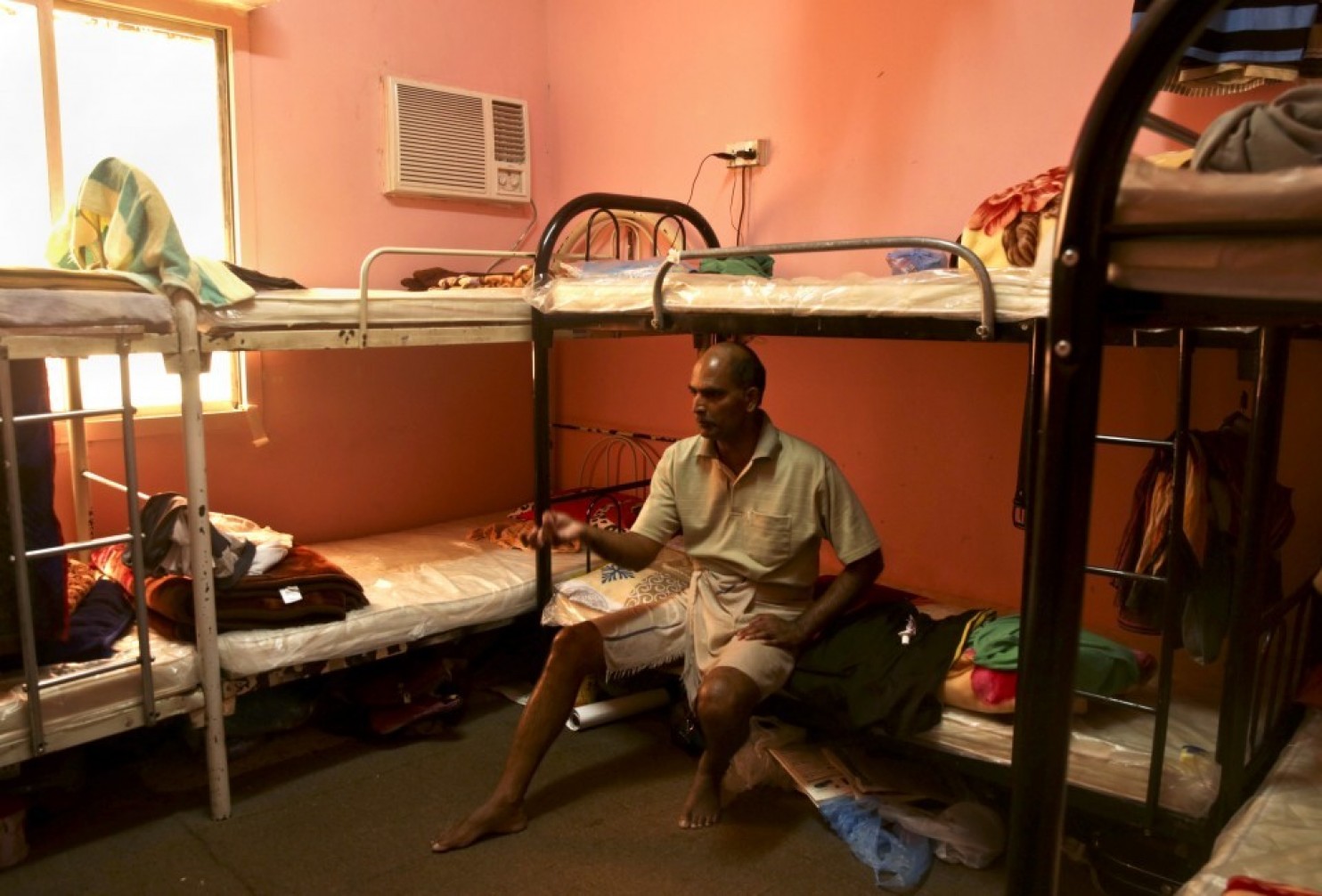 When Saudi Arabia and the United Arab Emirates led the imposition of a political and economic blockade on Qatar last month, there were immediate, far-reaching consequences: Flights were canceled and rerouted, Qatari citizens were expelled from other Arab states of the Persian Gulf, shipping routes were closed and airspace was suddenly off-limits to Qatar’s pilots. But the blockade may have the biggest effect on Qatar’s largest — and most overlooked — population: foreign migrant workers, who make up about 90 percent of the country’s population.

Migrant workers are on the front line of the gulf’s diplomatic rift because of the kafala labor sponsorship system. That system makes migrant laborers reliant on their employers for visas, accommodation and even permission to enter or exit the country.

Even under normal circumstances, the kafala system has drawn substantial criticism. Qatar is facing an International Labor Organization probe into “forced labor” conditions at the stadiums being built for the 2022 FIFA World Cup in Doha. Complaints include illegal passport confiscation, wage theft, substandard worker accommodation and excessive fees from recruiters.

Qatar’s diplomatic crisis has only accentuated the system’s flaws. In one particularly shocking case in June, Qataris who had been working in Saudi Arabia scampered back to Doha without leaving so much as food or water for their South Asian workers, who were stranded without sustenance, their wages or their legal sponsors.

“The current [Gulf Cooperation Council] diplomatic crisis has drowned out conversations on migrant rights in the region, but the two are actually linked,” said David Segall, who researches labor in the Persian Gulf at New York University’s Stern Center for Business and Human Rights. “More and more workers are stranded in the gulf because their employers have been deported or have suspended business operations. This is a predictable pitfall of a system that gives employers inordinate sponsorship powers over workers, and is a reminder of the need for reform.”

Qatar has supposedly abolished kafala, but experts say its rebranded system still grants employers undue control over employees’ right to enter and exit the country. “Companies still have the power to block workers from leaving the country, which is an outright human rights violation, and which drives forced labor,” James Lynch, the deputy director of human rights group Amnesty International, said to the Carnegie Endowment think tank in April.

Migrant workers have other fears beyond abandonment or abuse.

For one, the boycott has precipitated fears of wage delays and job losses. After Saudi Arabia closed Qatar’s only land border, workers braced for a shock to the country’s construction sector. Any pause in the flow of construction supplies and materials leaves the industry reeling and can spell a pause on payments. This has happened before: The collapse of oil prices last year triggered mass layoffs in Saudi Arabia, leading to prolonged wage delays and the firing of 77,000 migrant workers.

“More than 300,000 people and workers have already left Doha, and this process is ongoing. Due to this blockade, most companies are facing material shortages and construction sites are gradually being closed,” said Asrar, a foreign businessman working in Doha’s construction industry. Asrar asked to be identified only by his first name out of fear that talking to the media would jeopardize his immigration status. “If the situation stays the same for a long period of time, then small companies will be forced to send their employees ‘on vacation’ or cancel their visas,” he said.

Sourav Ahmmad, a 21-year-old Bangladeshi migrant worker in Qatar’s construction sector, said companies are doing exactly that, increasingly limiting the work they offer by extending leave periods from one month per year to five.

As someone who paid more than $4,000 to a recruiter to find a job in Doha, Ahmmad asked: “What’s the benefit if you won’t get any money?”

Food shortages have also made a profound dent in the pocketbooks of migrant workers. Salaries for migrant construction workers in Qatar can be a mere $160 a month. “Even a 10 percent increase [in food prices] adversely affects them,” said Vani Saraswathi, a Qatar-based editor for advocacy group Migrant-Rights.org. Most migrants, she said, can only allocate up to 200 riyals (about $54) for food. “Anything over that would be unaffordable for them.”

Yet the expectation is that workers must simply ride out the uncertainty. In the aftermath of the embargo, Qatar blocked some migrant workers from obtaining their exit visas or going on annual leave, effectively locking foreign workers inside the country.

Additionally, the home countries of migrant workers often institute bans on new workers going to the Persian Gulf when they fear their citizens will not be protected. Last month, the Philippines — which relies on $7.6 billion in annual remittances from workers in the gulf— revoked the right of citizens to work in Doha, warning of an impending food crisis.

“If anything happens and they ran out of food and food riots take place, definitely our [workers] will be the first victims,” said Silvestre Bello, head of the Philippine Department of Labor and Employment. The ban was later lifted, but it underlined the growing fear among migrant-exporting governments that their citizens will bear the brunt of the blockade.

Nepal is also paying close attention. Approximately 400,000 Nepalis work in Qatar, and more than a third of Nepal’s gross domestic product comes from remittances, making the Himalayan country more dependent on migrant workers’ paychecks than any other in the world.

Up to 800 Nepali workers a day normally apply to work in Qatar, but that number has dropped by 25 percent in July. The Nepali labor ministry also dispatched a team to investigate the welfare of its citizens in Qatar, fearing widespread economic fallout.

Meanwhile, Qataris are weathering the blockade buoyantly. “We have enough cash to preserve any — any kind of shock,” the governor of Qatar’s central bank, Abdullah Saud al-Thani, said to CNBC this month. Indeed, although Qatar’s currency has fluctuated and stock markets have dipped, the monarchy has $340 billion in reserves, not to mention one of the globe’s most well-endowed sovereign wealth funds.

“The economy will suffer, but not to the point that we Qataris will suffer,” one Qatari banker said to Reuters. “Instead of having five maids at home, we’ll have three.”