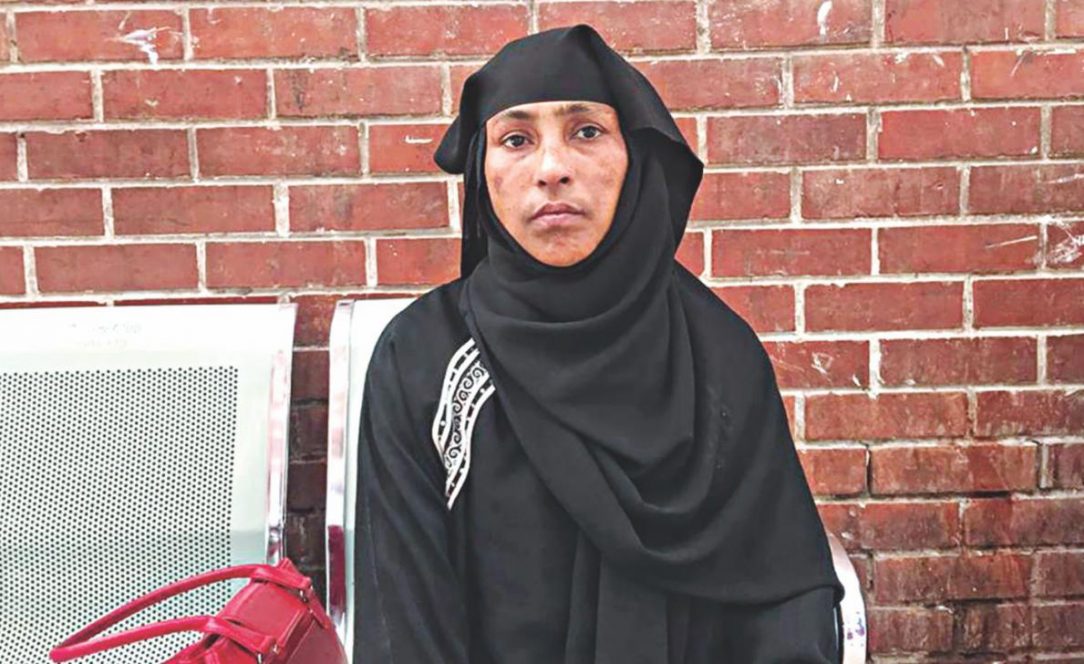 Caught in a web of toil and torture

Every day, Rehana Khatun had to toil for hours for a family of 12 near Riyadh, the capital of Saudi Arabia. Despite this, she was not properly fed and allowed to sleep for more than four hours.

Sometimes, the 35-year-old had stomach ache because of her gastrointestinal problems. But she was too afraid to complain of it. She would either be scolded or beaten up had she talked about the pain.

Rehana wanted to escape but couldn’t as she was in desperate need of money to look after her two daughters and ailing husband back home.

One day, while on a picnic with the family, Rehana was again assaulted mercilessly in the country that is rich in oil but poor in terms of human rights.

“My madam asked me to gather leaves outside the tent they were in. I was not feeling well so I said I would do it later. At this, she became furious, took an iron rod and beat me up with it. I broke my wrists and fainted,” Rehana said.

As she regained consciousness, she found herself alone, lying somewhere. She discovered that she had broken her right leg as well.

Gathering courage, she snuck out of the place and dragged herself half a kilometre away. There, she found two Filipino women with whom she shared her ordeal. They called the police who admitted Rehana to a hospital. She had to stay there for over a month and was deported on March 21 this year.

“I still have to drag myself. I also can’t do anything with my right hand,” said Rehana whose right leg was in plaster. She was talking to The Daily Star at the capital’s Shaheed Suhrawardy Medical College Hospital recently.

“I don’t know who will feed my family. My husband is too ill to work,” she said.

The kind of abuse Rehana had to face isn’t new. Rather, the trend is on the rise with more women from Bangladesh migrating to the Gulf countries where they are vulnerable to exploitation as they work indoors and are not covered by Saudi labour law, migrant rights workers said.

Amid such a situation, the country is observing May Day today.

According to the Bureau of Manpower Employment and Training, 1 to 1.2 lakh women went to the Arab countries, mostly in Saudi Arabia, in search for work between 2015 and last year, a sharp rise from 30,000 in 2011.

Over 56,000 women went to Saudi Arabia in 2016 and 83,000 in 2017. Other Gulf countries hiring female workers from Bangladesh include Jordan, Lebanon, Oman, Qatar and the United Arab Emirates (UAE).

Also, the number of recruiting agencies authorised to arrange jobs for female Bangladeshis increased to over 500 in 2015 following the reopening of the Saudi labour market. However, there are no government data on those being abused and returning home.

According to an official of the expatriates’ welfare ministry, 2,906 female workers — victims of different types of abuses — took shelter at a safe home run by the Bangladesh embassy in Riyadh last year.

Migrant rights activists say often female migrants end up at the safe home having escaped from the employers’ place in the face of torture.

However, on many occasions, those sheltered in the house were abandoned by their employers on completion of the job contracts, they said.

On their return from Saudi Arabia, a number of female workers said they had faced sexual abuses at the houses of their employers.

Some of the women were even used as sex workers.

“My wife was promised that she would get a decent domestic job. But as she arrived in Saudi Arabia, brokers forced her into becoming a sex worker,” said Faruque (not his real name), husband of the 25-year-old victim who went to the KSA September last year and returned early this year.

Faruque said every time his wife refused to abide by the brokers, she was beaten. The woman finally managed to come back home after Faruque paid the brokers a hefty sum.

Yeasmin (not her real name as well) underwent treatment at the one stop crisis centre of Dhaka Medical College Hospital, but is still suffering from the trauma. “She is not in a proper state of mind to work,” Faruque said.

Shariful Hasan, head of Brac’s migration programme, said since the beginning of this year, they were monitoring the condition of the female workers returning from Saudi Arabia.

An estimated 1000 female migrants returned home either from the safe home in Riyadh or immigration camp, and almost all of them were subjected to abuses — sexual, physical and non-payment of wages, he said.

Many of the women, below 35, complained of sexual abuses. Some said they were raped by male members at their employers’ family, while some complained that they were forced into sex trade, and were tortured if they refused, he said.

“We have found a number of cases that the workers were not paid wages, and as they complained, they were beaten up,” Shariful said.

“I know at least one returnee, who gave birth to a child following rape by an Arab man. She now can’t be united to her family because of social repercussion,” he told The Daily Star.

He said they get to learn of a very tiny fraction of the women being exploited in the Middle East, especially in Saudi Arabia, and called for strong measures to stop such tortures on the women.

Shariful Hasan said sometimes authorities tend to say the portion of those being abused is small. “But, justice cannot be denied even if one individual’s rights are violated.”

Activists say Bangladeshis in Saudi Arabia are losing their dignity because so many women are being sexually and physically exploited, but none of the exploiters is being held accountable.

Asked, Shameem Ahmed Chowdhury, joint secretary general of Bangladesh Association of International Recruiting Agencies (BAIRA), claimed there are some cases of physical and sexual abuses but not as widespread as alleged.

“What is important in this case is to hold the abusive employers accountable. Our embassy has to go for legal actions on behalf of the abused migrants. When there will be examples Saudi employers being punished, it will have an overall impact,” he said.

However, that sort of legal actions are not taken, Shameem added.

Also, he said, the training of the female migrants — on domestic work, culture, language and food habit — provided by the government has to be rigorous to prepare them as more competitive and confident.

Contacted, Gazi Mohammad Julhas, director general of the Wage Earners’ Welfare Board, said it is true that some of the female migrants face physical and sexual abuses as well as non-payment of wages.

“We have our welfare staff at the safe house in Riyadh to take care of their food, health and shelter issues. Often, migrants are sued by their employers on charges of running away. Our staffs support them in fighting the cases,” said Julhas of WEWB, which manages a fund established by the migrants’ fees.

Besides, if there are accidental deaths, the welfare staffs help the migrant families get the compensation, he added.

However, Julhas said the Bangladeshi migrants usually don’t lodge complaints against the Saudi employers for any abuses. “If they lodge complaints, we will support them.”

Shariful Hasan said a female migrant usually does not have the confidence to file a case against a Saudi.

“In that case, the Bangladesh government has to go for legal fights in the cases having solid evidence,” he said.